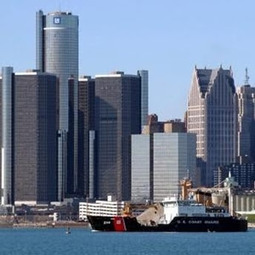 General Motors is issuing another recall for some of its models. The newest recall centers around safety concerns with its Chevrolet, GMC, Cadillac and Buick models.

The Detroit-based automaker has been running into problems with some of its models, as the latest recall is the 60th one GM has issued in 2014. Jeff Boyer, vice president for global vehicle safety for GM, said the latest recall is a precautionary measure and a way for the company to determine how to make future cars safer.

"These recalls signify how we've enhanced our approach to safety," Boyer said in a statement, per Tech Times. "We are bringing together greater rigor and discipline to our analysis and decision making. If we identify an issue - large or small - that might affect the safety of our customers, we will act decisively."

Other recalls during the year revolved around a faulty ignition switch which would cause cars to veer off the road. There have been a total of 29 million GM cars recalled in 2014, with 17.3 million of those being the faulty ignition switch models. Drivers could be seriously injured in a car accident and they could damage their vehicles. All drivers should make sure that their auto insurance policy is up to date to see that their accident is covered.

Dan Akerson, former chairman and CEO of GM, said one of the major problems with the recalls has been the way they have been issued by the company. Akerson told the Detroit News that some GM executives knew about the ignition problem for more than a decade but decided to hold off on issuing a recall.

"I think we all - including the new and the old part of the management team - didn't fully realize how deep some of the problems ran," Akerson said.