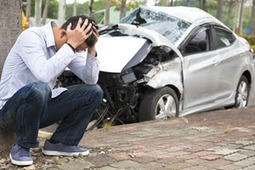 General Motors has officially recognized at least 27 fatalities that were related to a defect in its vehicles. GM has been in the news a lot this year, and it's because of an ignition-switch defect in millions of its cars as well as the injuries and deaths related to this issue.

The GM ignition-switch defect was widespread and led to so many complaints and lawsuits the auto manufacturer created a fund to specifically compensate people harmed by the problem. The fund is run by Kenneth Feinberg, an attorney with experience in handling large pools such as this. Feinberg evaluates claims made by car owners or anyone else stating they were negatively affected by the ignition-switch defect, then decides the size of a payout, if there is one, according to The New York Times.

As of Oct. 10, the fund had provided compensation for 27 deaths attributed to the defect, according to the report available on the fund's website. A total of 1,371 claims have been made, and 151 of these complaints are related to fatalities and are still being reviewed.

The 27 deaths related to the switch is more than double the original GM estimate that only 13 fatalities were linked to the defect, the Times reported.

The constant media reel regarding GM is an important reminder to consumers to check if their cars have a defect and to have the right auto insurance. Once a car owner knows of a defect, he or she should get it fixed by the dealer as soon as possible, not only so that the car is safe to drive, but also so that his or her auto insurance isn't affected by a known defect.