Ford Working With Qnx For Sync 3 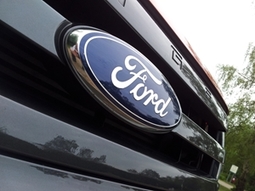 Tech-savvy car owners will be interested in hearing Ford has left Microsoft behind for Canada's QNX software for the third generation of Sync, the automaker's in-car connectivity system, USA Today reported.

For those keeping up to date on vehicle technology, this news probably won't come as a surprise. Ford repeatedly received negative reviews for its previous in-car systems based on Microsoft technology. The automaker and computer software business have worked together since 2007, but consumer demand drove Ford into the arms of someone else.

Now, QNX, which provides the software for Blackberry, is giving Ford an easy-to-use format with larger fonts and touchscreen capabilities, according to Extreme Tech. Drivers and passengers should find the new system more intuitive. Updates will be simpler because the system has a built in Wi-Fi receiver, which can connect to the Internet when it's at home. Owners merely have to download the update while they sit in their driveway.

Additionally, Sync 3 will work better with AppLink, which allows the owner to connect their phone apps to the car, and Siri will be available at the press of a button on the steering wheel.

Good news for chatty drivers
The efficient and simple hands-free technology is great for drivers who need to keep their hands on the wheel and eyes on the road, but also need to keep in communication with work or their family while driving. Many states have mobile​ phone laws, and tickets for these violations can increase auto insurance premiums - not to mention using a phone while driving can raise the risk of accidents. With a new and improved Sync, drivers are more likely to follow the law and use voice-activated commands to make calls while on the road.

When will Sync 3 hit the market?
Consumers can expect to see third-generation Sync in more than half of Ford and Lincoln-brand cars by the end of 2016, though Ford executives are tight lipped about which vehicles will debut the new system first.