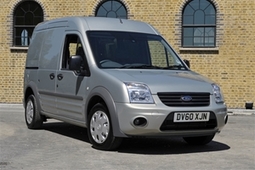 Ford made two recall announcements Dec. 4, one for its 2015 Mustang and another for its 2014 Transit Connect models.

The 2015 Ford Mustang, while sleek and powerful, has an incorrectly installed fuel pressure sensor that could lead to a fuel leak, Auto Blog reported. The auto manufacturer is recalling 712 affected vehicles in the U.S., all of which can have the fuel tube replaced free of charge at a Ford dealership.

At the time of the announcement, Ford had not received any reports of accidents or injuries associated with the sensor or a related fuel leak. However, a leak of this kind is highly dangerous. A small spark could cause a fire, which could ultimately hurt the driver, passengers and nearby pedestrians.

Connect's dangerous doors
The second recall impacts almost 20,000 Transit Connects, which had sliding doors that could come off the van while in motion. An adhesive used on the exterior plastic panel of the sliding door isn't adequate, resulting in the plastic possibly coming away from the door. In addition to allowing the door to detach from the car, the ineffective adhesive lets in water and increases noise within the car.

Ford had no complaints regarding the door as of Dec. 4, however, the door poses a threat to the safety of others on the road if the door comes off.