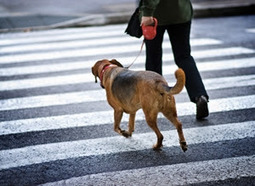 Ford Motor Company recently announced it is adding what it has dubbed "Pre-Collision Assist with Pedestrian Detection" technology, more easily known as PCA, to one of its vehicles, according to an official press release. The new technology will be available in the 2015 Ford Mondeo, which will initially be for sale in Europe.

The purpose of PCA is to avoid frontal crashes, particularly those involving people. While the technology may not get rid of these types of accidents entirely, Ford hopes it will reduce the number of them greatly and decrease the severity of any incidents that occur.

How does PCA work?
The pedestrian-sensing technology is based on radar located in the bumper and a camera installed on the windshield. The radar scans the road in front of and around the vehicle and visually and audibly warns the driver if something that is the shape of a person is up ahead. The technology looks for objects the average shape of a person in order to separate pedestrians from common roadside objects.

If the driver doesn't act fast enough after being warned, the car takes over and applies the brakes for him or her to attempt to avoid an accident.

Ford tested the technology on closed tracks with fake pedestrians. The company spent months refining the system to ensure it was reliable and safe, according to the company statement.

"This real-world testing was an important part of the development, because pedestrians in an urban setting can present a wide range of potential situations," said Scott Lindstrom, Ford manager, driver assist technologies. "We covered more than 300,000 miles on three continents that included a wide range of settings and situations."

Similar technology available
Ford isn't the only automaker attempting to reduce the amount of pedestrian-related accidents. Subaru has the EyeSight system, according to the Cars.com blog, which works similarly to Ford's PCA. Last year, EyeSight scored the highest in auto-braking tests by the Insurance Institute of Highway Safety for both 2013 and 2014 model years.

What does this mean for you?
Many cars and trucks have had forward and rear collision warning systems for the last few years, featuring the beep you hear when you drive too close to another car or object. Auto-braking technology is the next step and has the potential to greatly reduce accidents and make you safer on the road.

It isn't clear whether cars and trucks with this technology will get more favorable auto insurance rates, but investing in a vehicle that can lower the chance of anyone getting hurt is probably a safe bet. If you decide to purchase a new vehicle such as a Subaru with the EyeSight system, check with your insurer to see if there's a related discount.