Florida And Alabama Damaged By Storms 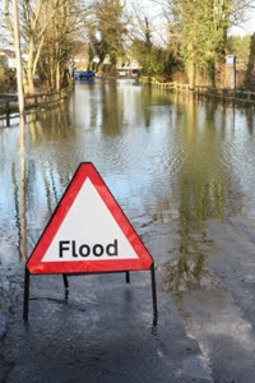 Parts of Florida and Alabama have been ravaged by massive storms and flooding that hit the area on April 30. The harsh weather has taken a toll as the areas has accumulated more than three feet of water stretching across 26 counties, according to The Chicago Tribune.

Flood damage in Florida
Emergency services have been called in as more than 200 people have already been evacuated, the Tribune reported. Florida Gov. Rick Scott said the storm has destroyed a large portion of the Florida Panhandle.

According to the National Weather Service, the Pensacola airport accumulated about 15 inches of rain over a 24-hour period. To put that into perspective, that is the most rainfall the area has seen in one day since 1880.

The storms have also affected people's well being. Flooding has shut down highways and destroyed homes. Scott went on to say that some homeowners were not anticipating for this type of disaster to occur.

"It's unbelievable the amount of flooding we've had," Scott said on CNN's The Lead. "We've have roads torn up, water clear through homes. I went to one home where the foundation was gone. You saw cars just thrown down a road, pushed down upside down. People have lost everything, and they didn't buy flood insurance because they didn't think they were in a flood area."

Tornadoes touch down in Alabama Along with massive amounts of rain, the storm has created destructive tornadoes. CNN reported that a EF-4 tornado touched down in Oklahoma, Iowa, Arkansas, Mississippi, Alabama, Tennessee and Florida. The destruction has left tens of thousands without power and claimed the lives of at least 36 people.

Mitchell Sims, emergency management director for Baldwin County in Alabama, said responders are not giving up on recovery efforts and are still trying to locate people.

"We were rescuing people out of cars, out of ditches, out of homes," Sims told the Tribune. "We are still getting reports of people trapped."

Flooding may be relegated to certain parts of the country that are known for rainfall, but that does not mean that homes and cities cannot still be destroyed by other types of disasters. To help prepare for the worst, Americans can sign up for homeowners insurance. This type of coverage can financially assist owners if their home is damaged after one of these accidents. Flood insurance is separate from homeowners insurance, so owners should be sure to check it out.