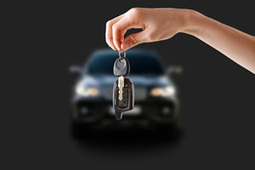 Auto loan balances in the U.S. increased again for the ninth consecutive quarter at the end of August, and now federal regulators are proposing oversight of nonbank auto lenders because of concern regarding discriminatory lending and possible increases in delinquency rates.

According to the most recent Household Debt and Credit Report from the Federal Reserve Bank of New York, auto loan balances rose $20 billion dollars by the end of August from the previous quarter. This was the largest quarter-over-quarter increase since 2006, according to a statement from the New York Fed. Auto loan debt is now more than $800 billion, an amount not reached since the third quarter of 2008.

Auto loan originations also rose $14 billion in the second quarter to a total of $92 billion. These latest origination numbers mark the highest amount since the third quarter of 2007.

Rise in subprime loans
Many of the auto loans written in the last few years are subprime, according to a report by credit bureau Equifax. The company found about 32 percent of new auto loans were approved for high-risk borrowers or consumers with credit scores below 640, according to a statement from Equifax. The amount of subprime auto loan balances had reached $46.2 billion as of July, which was an eight-year high.

Proposed oversight
Approximately a month after the Household Debit and Credit Report was released, the U.S. Consumer Financial Protection Bureau proposed to supervise large nonbank auto finance companies in addition to large banks that make auto loans. The announcement also followed a report by the CFPB that uncovered discriminatory lending practices at banks.

"Nonbank auto finance companies extend hundreds of billions of dollars in credit to American consumers, yet they have never been supervised at the federal level," said CFPB Director Richard Cordray. "We took action after we uncovered auto-lending discrimination at banks we supervise. Today's proposal would extend our oversight, allowing us to root out discrimination and ensure consumers are being treated fairly across this market."

Information gathering
The CHPB as well as the U.S. Department of Justice are looking into auto financing practices in order to determine the level of oversight needed, according to a report by Reuters. GM Financial and Santander Consumer USA Holdings, Inc. both disclosed the DOJ was inquiring into their auto loan actions. The regulators are also interested in these and similar institutions' lending to finance companies in addition to loans to consumers.

Importance of oversight
While auto loan delinquencies and repossessions are near historic lows, there are signs that the market is under stress, Reuters reported. If the economy worsens, lenders could have a high number of bad auto loans and in turn, the selling pressure would lower prices on used cars and reduce the value of collateral loans.

The oversight for consumers means an increase in fair lending practices, according to the CFPB. The agency would monitor lenders for discrimination and encourage the limiting of auto leaders ability to make discretionary markups. Better lending practices may mean more stable interest rates and car prices, which will leave room in everyone's budget for auto insurance and gas.