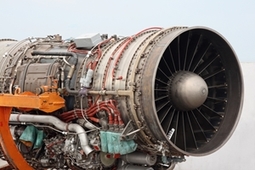 A new vehicle from the Bloodhound Project, called the SuperSonic Car (SSC), is built to surpass speeds of 1,000 miles per hour, according to CNN. In 2016, the makers plan to break the land-speed record in South Africa.

The 42-foot car is so fast the tires had to be made with aluminum because rubber would fly off the vehicle at high speeds. Further, the car contains both a jet engine and a rocket booster to propel it across the land. The vehicle itself is crafted from carbon fiber and titanium.

"We've been through a huge evolution of finding something's that tough enough that would do the job," said Andy Green of the Bloodhound Project, according to CNN. "Basically, this car goes faster than a speeding bullet, so anything that hits this is like being shot at from a gun."

The SSC has a horsepower of 135,000 and can travel one mile in 3.6 seconds. The biggest challenge for the group was to find an open area that was long enough to accommodate the distance needed to test the record. The SSC will run on a 12-mile track with a flat surface in Hakskeen Pan, South Africa.

While other attempts have been made in the past to combine cars with jet engines, the Bloodhound group is adding a rocket booster to push the car even faster.

"The (jet engines) on their own will take us to 600 mph or thereabouts, but to get a land speed record, at about 350 miles an hour we turn on a rocket engine to take us all the way through to 1,000 mph," said lead designer Mark Chapman, according to CNN. "The rocket is the key - that's the difference between 750 mph and 1,000 mph."

The company's website noted the SSC will actually approach 1,050 mph at its max and reach that speed in just 55 seconds. The current land speed record stands at 763 mph.

Handling top speeds
The fact that cars can now travel at such high speeds is a testament to innovation and technology. However, there are very real concerns about maintaining control of a vehicle when driving so fast. For instance, at Mach 1.4 speeds, equipment can disintegrate and the driver would be helpless trying to steer effectively.

While the SSC is certainly a speedster's dream, the fastest street-legal cars max out at speeds below 200 mph. No matter how fast a car is moving, it's important to place a large emphasis on driving safely.

While most students are taught to place their hands on the steering wheel in the 10-and-2 position, Venturi indicated it's actually safer to position your hands at 9 and 3 when driving fast. This gives the driver greater control, which will improve handling and overall stability of the vehicle.

Turning can be especially dangerous because a car can succumb to skidding or even rollovers if it is traveling too fast. You shouldn't hit the gas or brake when in the middle of a turn, suggested Venturi. Once you've reached the apex of the turn, then you can accelerate once more.

Operating a vehicle on public roads above the speed limit is not recommended at all. Firstly, you'll get a speeding ticket. Secondly, your car insurance rates will go up dramatically if you're driving too fast.

To avoid rate hikes, make sure you remain safe on the road and are fully insured when driving.