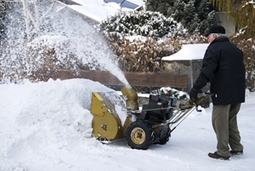 Winter can be a busy time for insurance companies, as homeowners are confronted with colder temperatures and a series of weather conditions that increase the likelihood of filing claims. With each new claim, your insurer must assess the validity of your argument and whether your policy includes such a specificity.

The problem is that many homeowners aren't aware of what their home insurance policies actually entail, and when they find out, it's usually too late. Policyholders typically don't worry too much about seasonal problems because they are seen as temporary. However, reading over your policy can be the difference between a carefree winter and a season full of costly insurance claims.

In addition, you may have a relatively inexpensive insurance package because you've opted for higher deductibles instead. While this may be a good option for safe and responsible homeowners like yourself, deductibles can actually come back to haunt you during winter if you've filed several claims. That's because you must pay a certain amount out of pocket prior to your insurance company picking up the rest of the tab. Extrapolated over the duration of winter, this could occur many times, putting a strain on your budget and perhaps leading to an insurance-rate hike after repeated instances.

Though preventing burst pipes is typically the main focus for homeowners in winter, there are other larger issues that can be even more costly. Try to avoid these four claims this winter:

1. Fallen trees
Despite the fact that trees can fall on your house during any time of the year, winter presents an even greater possibility. Due to high winds, ice, hail and heavy snow, trees can crack and fall toward your home. A tree can crash through your house, creating a huge problem that will take months of renovation and repairs to correct. Even if the tree remains standing, broken limbs can break glass and damage your roof while also falling on your car. Make sure you are properly insured this winter to protect against enormous claims relating to fallen trees.

2. Collapsed roofs
Your roof may be reinforced with stronger materials and new shingles, but when faced with pounds of compacted snow, even the toughest roofs can cave in. Most homeowners don't venture onto their roofs often, especially during winter. However, snow will continue to accumulate for the entire season if you don't shovel it away after a snowfall. The added weight and pressure will build up and put a strain on your home's structure, possibly causing a collapse. Not only will snow flood into your home, but it also will soon melt and cause a host of other issues.

3. Property damage from snowplows
Though local officials make it a point to salt and clear roadways, snowplows could actually hurt you during the winter. These large vehicles take up much of the road and can knock over mailboxes, damage sidewalks and wreck your car. While it may be unlikely, the expenses can add up. Snowplows are subjected to the same conditions as other drivers and must face slippery ice, low visibility and snow storms. The weather could perhaps lead to an accident, which could be covered by the government, but you'll want to file a claim to ensure you're being compensated for damage.

4. Potential lawsuits
If a neighbor or guest is struck with a dislodged icicle, then you could have a lawsuit on your hands. Further, if a tree from your property falls on someone else's house or your poorly salted driveway leads to a an accident, a lawsuit could be pending. Luckily, your homeowners insurance will pay for court costs and any medical expenses up to a point.