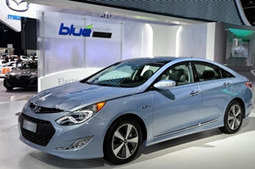 In an effort to produce better vehicles and cut down on the U.S. dependency on foreign oil, the Obama administration set a new fuel efficiency standard in 2012 to be reached by 2025. The ruling mandates that the average fuel economy reaches 54.5 mpg by this time. Since this decision, automakers have increased their focus on alternative fuel technology while electric vehicles and hybrids have risen in popularity among consumers.

According to Edmunds.com, there are already more than 100 models of alternative fuel vehicles, including plug-in hybrids, conventional hybrids, electric vehicles and other cross variations. Most of these vehicles are very recent, only being introduced within the last five years. Additionally, more models are set to be introduced to the commercial market over the next few years.

Consumers should get excited about the prospects of more options for alternative fuel vehicles. Some car insurance companies may offer a discount to drivers who own a hybrid or an electric vehicle. In many cases, these drivers are seen as more responsible, and are therefore less likely to get into an accident and file an insurance claim. However, before buying a new alternative fuel vehicle, consumers should check with their insurance companies. A higher sticker price or expensive repairs costs could mean that insurance rates will rise with a new car. That added expense could outweigh fuel savings.

The hydrogen cars are coming
If the New York International Auto Show was any indication, the latest and greatest technology in alternative-fuel vehicles is hydrogen fuel cells. As electric vehicles continue to improve in both range and popularity, this new alternative could be very successful in the near future.

Compared to regular electric vehicles, fuel-cell vehicles replace the rechargeable grid battery packs, which are expensive and large. Instead, fuel cells convert hydrogen and oxygen into electricity through an onboard system called a fuel-cell stack that flows directly into the vehicle's engine. Hydrogen fuel is stored in pressurized tanks as a gas. The system uses a catalyst to split the electrons from the hydrogen molecules and lithium-ion batteries to store some of the energy. Compared to other conventional electric vehicles, these battery packs are significantly lighter and cheaper.

Several car companies, including Kia, Hyundai and Toyota, plan to bring fuel cells vehicles to consumers by 2015. These cars have a higher driving range than conventional electric vehicles, making them more appealing to consumers. Toyota's zero-emission fuel-cell vehicle was first introduced at the Consumer Electronics Show, where it excited consumers hoping to get their hands on the technology next year.

"We think that hydrogen is the future of electric vehicles because they're so much more convenient," said Toyota's Wade Hoyt. "And the way it works is that the hydrogen wants to combine with the oxygen in the air. It forms H2O, which is water vapor, is the only exhaust, so it's a true zero emissions vehicle. And you get electricity out of that combination."

Before drivers can take home these vehicles, however, car makers will need to ensure that hydrogen fuel stations are set up around the country to accommodate drivers. According to Bob Carter, senior vice president at Toyota, fewer of these fuel stations are needed than some might think. USA Today reported Carter said that 68 stations would be necessary for the needs of 10,000 fuel-cell vehicle drivers.