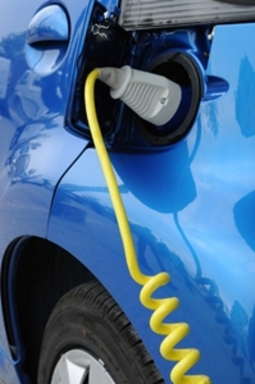 Though there was much skepticism surrounding electric cars upon their release in 2010, it appears the plug-in vehicles are beginning to catch on more quickly, as the U.S. Green Car Reports notes U.S. sales of electric cars topped 100,000 in 2014 - 70,000 more than the previous year.

Part of appeal of these vehicles is the fact that they're not reliant upon traditional sources of fuel and thus don't respond to market fluctuations of oil as much. Rather, electric cars can be plugged in at home or at stations across the country - though the number of stations is still quite limited.

Drivers of these cars have the convenience of knowing how much they can expect to pay in utility costs each time they need to charge their vehicles. As opposed to gasoline, where price variations exist at every single station, plug-in cars can simply tack the added electricity necessary for power on to their existing utility bills.

More companies are interested in garnering a share of the electric car market, especially as advancements in in-car technology have revolutionized the driving experience. Nearly a third of 2014's electric car sales came from the Nissan Leaf - the market's most enhanced and recognizable vehicle, according to Green Car Reports. Roughly 20 or more companies made up the rest of the sales, with many selling 1,000 units or less, showing just how diverse the electric market truly is.

Potential hiccups
The future of electric cars remains solid, as the market has posted considerable gains every year since their inception. However, with other competing energy sources available to drivers, it's not yet clear just which energy source will become dominant in the decades ahead. Solar, biofuel and natural gas industries have all made headway into the car market in recent years, with the help of federal funds and research grants.

Both auto manufacturers and drivers realize the need to transition away from gasoline and toward more sustainable and efficient energy sources, which is why electric cars have significant room to grow. The Seattle Times noted, though, with current oil prices at record lows, electric sales may be impacted.

That's because whenever gasoline becomes cheaper, drivers are less inclined to make the switch to alternative energies because the cost savings isn't as great. It was a banner year in 2014 for declining gas prices, which fell far below $3 a gallon and continue to slide even further in the beginning of 2015.

It can be difficult for electric car manufacturers to compete in the marketplace with standard gas-powered vehicles because electric cars are inherently more expensive to make. Buyers must be willing to pay additional money upfront when purchasing an electric car in the hopes that they will save money by not having to pay for gas. However, if gas continues to get cheaper, then this rationale may no longer apply.

But more Americans are interested in alternative energies than ever before and may realize that current oil prices are only a passing phase and that electric cars are more cost-efficient over the long run.

"The thing that all EVs [electric vehicles] have going for them is that consumers are more open to newer technologies, so the hurdles to overcome are arguably lower," said Jamie Albertine, auto analyst with Stifel, according to the Times. "But at lower gas prices, it's going to be a little trickier."

Electric cars sales are expected to expand in the future as well, and drivers can find additional ways to save money by revisiting their auto insurance packages. Ask your agent about green energy discounts and how you can save monthly on your insurance premiums.