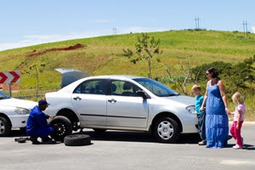 When you think of auto insurance, you probably don't think about contentment right away. With all the horror stories about irrational claims adjusters or drivers not getting reimbursed soon enough after an accident, you could see your insurance provider as more of an expensive nuisance. However, a new study has shown that drivers are happier with their auto insurance than ever before.

As new technology and customer services strategies come to light, insurance companies are changing the way they relate to their customers, improving the industry all around. Even in the face of higher prices and premiums, consumers are still feeling satisfied with their insurance provider.

According to the 2014 J.D. Power U.S. Automotive Insurance Study, customer satisfaction has reached an all-time high for insurance companies. This is somewhat surprising, given that auto insurance rates have steadily risen over the last five years. The study measured not only prices and rates, but also policy offerings, billing, payment, interaction and claims responses from 45,000 auto insurance customers.

Study highlights Perhaps part of the reason satisfaction was so high is because 55 percent of respondents said their premium did not rise in 2014. For those whose premiums did increase, the average cost was an additional $86 annually, compared to $153 in 2013. Another J.D. Power study found that 13 percent of customers who see their rates rise will generally seek a new provider for a cheaper policy. However, companies have changed the way they alert customers to increasing rates, with 57 percent of companies communicating through their customer's preferred method.

"A premium increase often triggers shopping behavior, but we're seeing fewer people shopping," said Jeremy Bowler, J.D. Power's senior director of the insurance practice. "This indicates that insurers are more effectively communicating with their customers, making them aware of the premium increases when they occur and why they're necessary, and demonstrating the value of their coverage."

Customer loyalty up Insurance companies typically want their customers to renew their policies, and have clearly been making strides to retain policyholders despite raising their rates. This can be done through a number of ways, but customer reviews and claims services have become more important over the past few years. These services may be why fewer consumers shop around for a new policy every time their premiums increase.

Insurance companies have caught onto the emergence of social media, and customers are taking advantage of this new way to communicate with their providers. The majority of customers who are considered technologists - those who prefer to interact through technology with their insurance provider - have used digital channels like social media or their provider's website to communicate. Of these customers, 60 percent used these methods over the last 12 months and 40 percent did so exclusively to communicate.