Driverless Cars Could Become Functional In 2035 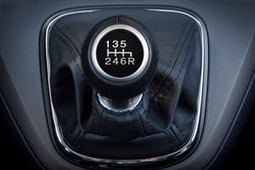 The flying car from The Jetsons is still not yet a reality, but a survey from the Institute of Electrical and Electronics Engineers found that many automobiles may not need drivers in the next 20 years. The study reported that some of the standard issue components that come with an automobile, such as a steering wheel, gas and brake pedals, rearview mirrors and horns, could become obsolete by 2035.

The survey respondents said that the use of rearview mirrors, horns and emergency brakes could be discontinued by 2030, and gas and brake pedals and steering wheels by 2035. More than 200 auto industry experts, government agency members and academicians were polled about what the car of the future would be.

While many were confident that a driverless car could be a real thing in the years to come, there are still a few roadblocks the auto industry will face before getting there. Legal liability, legislation from lawmakers and acceptance from consumers could be some of the major issues automakers would have to deal with.

This could also possibly mean that auto insurance policies could change to reflect the new way these cars are handled as the driver may not be as big a risk anymore. Seventy-five percent of respondents said that each state will likely pass legislation that would make driverless cars readily available to consumers. Yaobin Chen, a senior member with IEEE, said that with the major change in how cars are built, it makes sense that these new features would take some time to be accepted by the masses.

"Anytime you have a technology that has the potential to fundamentally change our daily lives, laws and policies need to be established to ensure the technology is going to be used properly and benefit humanity," Chen said. "This is especially true with intelligent vehicles."

These new types of cars are slowly being rolled out, as Google has started taking preorders for its own driverless car, according to Forbes.