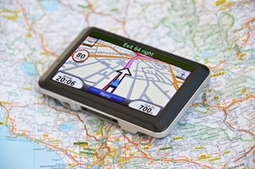 In a vivid illustration of their company's active safety technologies, Delphi is sending a driverless car on a cross-country trip of the United States, according to a new release. The car left San Francisco March 22, beginning its coast-to-coast trip, which will end 3,500 miles later in New York City. If successful, this journey marks the longest driverless trip attempted in the United States.

The England-based company is a global supplier of technologies for automotive and commercial vehicle markets. This test drive will allow the company to accumulate crucial data and continue to adapt and advance their active safety technology. As the car comes into contact with uncontrollable weather conditions, constantly changing landscapes and unpredictable road hazards, the company hopes these obstacles will truly assess how the technology can handle the real world outside of lab-controlled environments.

"Delphi had great success testing its car in California and on the streets of Las Vegas," said Jeff Owens, Delphi's chief technology officer. "Now it's time to put our vehicle to the ultimate test by broadening the range of driving conditions. This drive will help us collect invaluable data in our quest to deliver the best automotive grade technologies on the market."

Instantaneously reacting to multiple traffic distractions at once is something that can trip up even the most seasoned drivers. However, the company's active safety technology allows the vehicle to handle these complex decisions, such as stopping at a four-way stop, accurately timing a highway merge or safely maneuvering to avoid a bicyclist in a busy urban environment.

According to CNN, the car, an Audi SQ5 equipped with radar, high-end microprocessors and cutting-edge software, drove 380 miles in five hours on the first day. One person is sitting in the driver's seat to take control of the wheel in case something goes awry, but so far, nothing has.

Driverless car insurance
Perhaps the industry monitoring this development the most is the insurance companies. The Wall Street Journal reported insurance suppliers have included sections in the "Risk Filings" of their most recent annual reports warning that driverless cars and the technology supporting them might be disruptive to the way they do business.

Even though they are waving warning flags, the companies do not see the threat as that immediate. Rather, they want to alert the industry of the upcoming transitions. While some insurers are worried that driverless cars will lead to a reduction in individual policies or fewer accidents, they do see an upside to the equation since cars with more advanced and specialized technology might be more costly to repair. In addition, after a car crash, experts expect the car- and software-makers to take some of the liability away from the consumer auto insurance policyholders, since the technology should have prevented the accident in the first place.

For now though, this is all speculation, since consumers cannot yet purchase or operate driverless cars on the road. But with companies scrambling all around the world to be the first one to bring a driverless car to the market, you can expect new regulations governing these automobiles in the not too distant future.