Dodge Vipers Get The Fewest Tickets 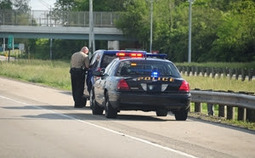 Despite having 640 horsepower, the Dodge Viper is the least ticketed car on the road, according to an Insurance.com survey in Forbes.

The survey found that 5.3 percent of Dodge Viper sports coupe and roadster owners were ticketed in 2014. That's the least amount of the 526 models that were researched. While this may come as a shock to some, many other sports cars were also ticketed less frequently than you may imagine.

Three different Porsche models were ranked 447, 490 and 512, respectively. Other cars like the Corvette and the Jaguar XK8 were ranked in the 400s as well. Those at the top of the list - receiving the most tickets - were fairly average cars. In fact, that may be why they receive the most tickets - they're common and used by average drivers.

"It's not about horsepower," said Des Toups of Insurance.com, according to Forbes. "The Chevrolet Corvette, Dodge Viper and Nissan GT-R rank well below average for tickets even though they can easily double the highest speed limits. But those cars are also costly, so their buyers tend to be older and take fewer risks."

So the answer may lie in the car's luxury. Drivers don't want to take unnecessary risks because the cars cost so much and likely are accompanied with higher car insurance rates.

The Subaru WRX topped the list with over one-third of its owners saying they've been ticketed.

Moving violations
Each state has its own laws regarding the penalty amounts related to traffic tickets. While the severity of the incident is taken into account, the majority of tickets are in the range of $100, according to MarketWatch.

Speeding tickets are generally considered minor offenses and can be only $50 in some states and several hundred in others. One factor that plays a role is how fast you were going over the speed limit, with your ticket amount increasing with every mile per hour. Another thing that will determine the exact penalty is the area in which you are driving. Many residential zones have markedly slower speed limits - 25 miles per hour, usually.

Public parks, state highways, toll roads and construction zones all have drastically different limits as well. If you are caught speeding in one of these locations, then your ticket will likely be higher.

Other common traffic tickets are parking violations, missing equipment on the vehicle and safety hazards, like seatbelt and cell phone use.