Dark Horse Cars Can Save You 20 Percent 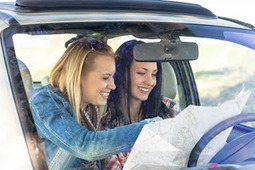 Ever see brand new cars on TV or at the dealership that catch your eye, only to find out they're way out of your price range? That's where dark horse cars come in.

A dark horse car can be described as a less expensive alternative that is very similar to the original model. Opting for one of these dark horse cars can save you 20 percent compared to its more expensive product, according to ABC News.

As is common in the automotive industry, new cars are released at a similar time for competitive purposes. Many of them are updates to previous selections with the goal of creating something unique and sought-after by consumers. However, with new technologies and trends in the industry, some cars offer the exact same mileage and features.

ABC News compared the Toyota Camry with a Nissan Altima made in the same year, with identical offerings, but the Altima's much cheaper - roughly $5,000 less.

This savings can go along way toward purchasing the right car for you, not to mention, the extra money could be applied to a down payment or an updated auto insurance policy.

Other dark horse options that are on the market are: the Hyundai Sonata, Ford Fiesta, Buick LaCrosse and Kia Sedona, according to ABC News.

Other cost-saving techniques
Selecting cheaper models of cars is an effective way to save money on the upfront purchase price. There are several other options available to you as a buyer to get the best deal.

Negotiating with your dealer is a common tactic employed by those in the market for a new car. It costs money to have cars sit in the lot for long periods of time, so sellers want to get rid of them as fast as they can. Don't settle for the initial listing price. Instead, make a counter offer and try to get the price as low as you can, suggests Bankrate.

Doing your own background research can help as well. The Internet can be a great tool to help you get a better understanding of the market value of certain vehicles. This will also help when comparing top-of-the-line cars to their dark horse alternatives.

A timely investment could be the key to securing a lower rate, according to Bankrate. New cars will naturally be more pricey when they are first released. However, if you wait even just a month or two, the price could drop.