Cybersecurity Issues With Your Car 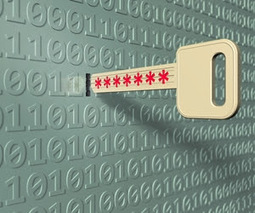 With the rise of self-driving technology, many people are looking toward the automotive future with an eye of wonder. Fully autonomous cars would mean drivers could relax and not have to handle the total operation of the vehicle - that would be done on its own through the use of sensors, communication devices and handling technologies.

However, the push toward autonomy doesn't come without serious security concerns, namely the potential for hacking. In the not-so-distant future, cars will be wired to interact with other cars and transportation infrastructure, such as traffic lights and parking spots. Cars will also be tracked and logged with software for GPS devices, which means much of the transfer of driver data will be done online.

Cyber security thus becomes a major issue because hackers would technically have the ability take over the handling and communication of your car while you're driving, according to Fortune.

"I think it goes without saying that if you don't get security right, automated cars don't get off the ground," said Woodrow Hartzog, a law professor at Samford University, according to Fortune. "If we have a mistake with some kind of cybersecurity with a car, we have an immediate physical threat."

Larger threats
But the problem goes beyond just personal driving. Though hackers could potentially crash your car, they could also disrupt the entire traffic system in the country.

"The economic opportunities are very different for car systems than PC's, tablets and smartphones," said Egil Juliussen, director of research at IHS Automotive, according to CNBC. "There is very little information in the car that can be easily turned into revenue for the average hacker. Instead the reasons for hacking and controlling cars are more sinister, such as creating traffic chaos, murder-for-hire, cyber warfare and related terrorist acts."

Just as is the case with all technological innovations, improvements will have to be made before the final product can be safely released to the public. Even then, security concerns will still likely affect many buyers' attitudes toward self-driving cars and the issues that come with them.

Upgrades and serious prevention measures will have to be implemented in cars themselves to help deter many cybersecurity threats. Many industry insiders believe self-driving cars could be less than a decade away. Lux Research data indicates that up to 50 percent of cars sold worldwide could be self-driving by 2035, according to CNBC.

CoverHound can provide pricing for auto insurance with its easy-to-use services.