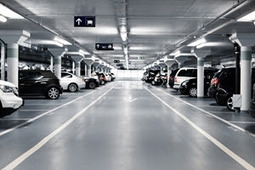 Everywhere we go, our smartphones and tablets enable us to be connected at all times - even while driving. New vehicles are adopting wireless networks to become safer and more efficient. Wireless networks in vehicles can make our lives easier through the convenience of connection to our mobile devices and avoiding things like texting and driving. However, despite these new conveniences, the emergence of car technologies could pose a major risk down the road. With new automated features, cyber car hacking is a very real possibility.

Remote hacking
Car manufacturers are quickly bringing cars to the market that are able to perform many functions without drivers, like parallel parking and staying within the lanes of the road. Already, thousands of vehicles have features that make them self-driving. Over the next decade, it is estimated that autonomous cars will take the roads by storm, increasing the likelihood that a hacker could gain access to your car's system.

Like other technologies, cars are not hacker-proof, which could prove to be a big issue for carmakers as these innovations continue to improve. Moreover, there is no indication of what kind of threat this poses for car insurance companies. It is likely that autonomous vehicles will make accidents caused by human error less likely, which should reduce insurance risks and lower prices. However, if car hacking becomes a more prominent threat, the savings on insurance could be reversed. Cyber car hacking could also revolutionize vehicle theft.

The risk of cyber car hacking was demonstrated at the DEFCON hackers conference in Las Vegas last August, CNBC reported. Two hackers, Charlie Miller and Chris Valasek, were able to successfully control two vehicles - a Ford Escape and a 2010 Toyota Prius - from a laptop. Using a Nintendo handset and a computer, the two hackers remotely connected to the vehicles and took over, controlling everything from steering, brakes, acceleration, horns, engines and lights.

"Drivers and passengers are strictly at the mercy of the code running in their automobiles and, unlike when their web browser crashes or is compromised, the threat to their physical well-being is real," Miller and Valasek stated.

Car security
As these cars hit the market over the next decade, manufacturers will need to invest in security measures to ensure the protection of its consumers. Cyber car hacking is even more dangerous than other types of hacking, as it involves moving vehicles and people.

This danger has led the National Highway Traffic Safety Administration to conduct an auto cybersecurity research program to investigate the matter further and find solutions for these new types of vehicles. Carmakers are also taking strides to reduce the risks of cyber car hacking.

A Ford spokesperson told CNBC, "While an attack by a hacker who obtains physical access to a vehicle for a prolonged period of time is difficult to completely diminish, Ford has made strides in limiting the ways a hacker can fully take control of a vehicle."