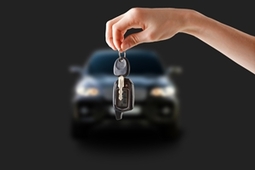 We've all heard of it: repossession. The act of of a creditor taking away someone's possession, often a car, because the borrower is late on loan or auto insurance payments, according to the U.S. Federal Trade Commission. When lenders are allowed to seize a car depends on state laws and the contract the borrower signed, but the timing usually isn't an issue. Instead, the more common problem associated with repossession is finding the vehicle in the first place.

Repossessors, or repo men as the movies like to call them, don't always find the cars sitting in the borrower's driveway and because of this, creditors are turning to social media to figure out where the cars are parked, according to Automotive News.

Creditors, or the skip-trace companies they use to find people and possessions, can look at the public information on borrowers' social media profiles like Facebook and Twitter. Often, this information can point to where the borrower goes regularly or where they'll be at a certain time on a specific date, like a wedding or concert.

Creditors can't cross the line
Lenders and skip-tracers may be able to use public social media information to find vehicles they want to repossess, but they can't friend someone on Facebook to do it. Friending or other similar engagement on social media by a creditor can violate the Fair Debt Collection Practices Act, according to the Array Services Group blog.

When and how creditors can communicate with debtors is regulated by the FDCPA, and communicating through social media is generally not legal under the act. A skip-tracer friending someone online can also been seen as a false or misleading representation under the law. So while public information is up for grabs, data hidden behind a friend request is not.