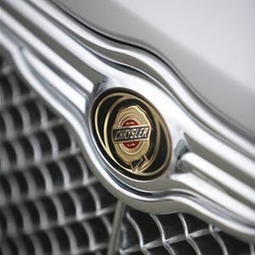 If you're interested in buying a Ram pickup truck in the next few years but aren't a fan of auto manufacturers moving to aluminum body panels, have no fear: Ram's are sticking with steel, according to Reuters.

Chrysler Group is planning a small makeover for its full-size Ram 1500 truck, but unlike General Motors and Ford Motor Co., the company won't feature aluminum replacements in its new schematics. In fact, the company won't move toward aluminum for the body of the truck until after 2020, when it may undertake a full redesign, industry insiders told Reuters.

The pros and cons of steel
This comes as good news to some and bad news to others. GM and Ford may have many reasons for their pro-aluminum stance, one of which is usually that aluminum is much lighter than steel and enables companies to meet fuel efficiency standards. Many consumers think the lighter weight is good, but others feel steel is stronger, more durable and safer, Reuters reported. By using steel, Chrysler will probably retain many of its customers, but it'll have to invest in other technology to improve fuel economy in trucks.

There's also a chance Chrysler will gain a competitive advantage over other truck manufacturers by sticking with steel over the next few years, AutoBlog reported. There's talk in the auto industry that the increasing demand for aluminum may cause a shortage. If that's true, Chrysler won't be affected.

Additionally, Chrysler may be able to watch and learn from other auto manufacturers' early aluminum designs in regard to safety and fuel economy, according to AutoBlog. The next few years will show if aluminum or another lightweight metal is a smart investment.

The other No. 1 safety contender, according to US News, was the 2014 Chevrolet Silverado 1500.

Whether you go for a Ram or any other vehicle, you're required by law to have auto insurance coverage. Take the time to do some comparison shopping with CoverHound to see the best deals in your area.