Chrysler Recalls Dodge Rams As It Faces Criticism From The Nhtsa 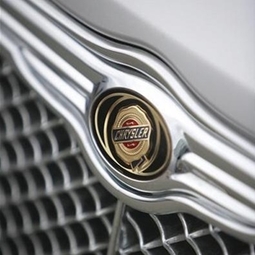 Following an investigation into Chrysler's Dodge Ram 1500 model trucks by the U.S. National Traffic Highway Safety Administration, the automaker is recalling about 257,000 pickups manufactured between January 2004 and August 2005, The Detroit News reported.

The NHTSA began its investigation in June, after receiving 15 complaints regarding the rear axle of the truck locking up or the driveshaft detaching from the rear differential, according to Chrysler's report to the administration. The reports from the vehicles' owners stated there was little to no warning before the vehicle locked up or began to spin.

The administration found the detachment or locking issues arose from loose pinion nuts. The loose pinion nuts resulted in numerous accidents, seven of which happened when the vehicle was moving faster than 50 mph, The Detroit News reported.

Airbag-related recalls
Earlier in December, Chrysler expanded its recall for vehicles with defective passenger-side airbags. The newest recall related to Takata airbags included 149,150 Dodge Ram trucks, model year 2003, which were sold in states bordering the Gulf of Mexico, as well as in Puerto Rico, Hawaii and the U.S. Virgin Islands, AutoNews reported.

Pressure to do more
While Chrysler expanded its initial recall to include more vehicles that could contain dangerous airbags, the NHTSA does not believe it is enough. The administration feels regionally based recalls are no longer the best way to keep Americans safe from Takata airbags, which may explode and send shrapnel into the car. Originally, investigators thought the issue was related to humidity, but they now worry these incidents could happen anywhere.

"Chrysler still refuses to expand the regional recall to all affected cars and trucks, which is putting Americans at risk and defies common sense," NHTSA Deputy Chief David Friedman said, according to AutoNews. "We will determine next steps and take appropriate action to ensure that Chrysler shares our sense of urgency in the interest of public safety."

Owners of Chrysler vehicles should not only determine if their vehicle is part of the recall, but also contact their auto insurance provider to ensure they're covered if a defect causes an accident.