California Drivers Can Pay By The Mile For Insurance 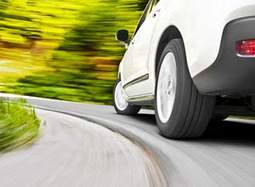 Drivers in California can save more on their auto insurance thanks to a new mile tracking app. Residents can use a pay-by-the-mile plan through the auto information company Metromile. This system has been used in Illinois, Washington and Oregon, and the hope is that it will save money for drivers.

The standard way to determine the insurance costs for drivers is to check out their driving histories and other personal factors, but it will be a little different with Metromile. With this new gizmo, drivers will only have to pay insurance based on the number of miles they drive in a year. Metromile CEO Dan Preston said that this can help those who don't use their cars often.

"We're applying a curve so that the amount of margin per customer is equal across the board," Preston told FastCompany. "It's a much fairer way of doing insurance."

Drivers plug the Metromile device into a car's diagnostic port and the device will track the number of miles that are driven. The system works thanks to the cellular telematics system, which more accurately judges the miles someone drives, according to TechCrunch. Drivers who record 2,000 miles a year can save $537 on average.

Metromile has capped its savings at 10,000 miles, and drivers may need to pay extra if they go over that amount. Preston maintains that if you drive under 5,000 miles per year, you stand to save 40 to 50 percent on your insurance costs.

The system has not been readily adopted yet, as consumers are not sure the extent of the savings. Dick Hunt, a resident of Piedmont, California, told Oakland Fox affiliate KTVU that if using Metromile only saves him a few extra dollars compared to his current carrier, he won't use it.

The company also launched a new version of its app that can share data about the automobile, according to FastCompany. Fuel consumption, fuel levels, car location and vehicle health will be a few things judged by the app when it is plugged into the internal port. The app will be able to diagnose the problems and send a quick note to Metromile mechanics, who can help explain what the issue is. The app can also alert users in San Francisco and Chicago if street-sweeping is going on, helping drivers avoid expensive tickets.