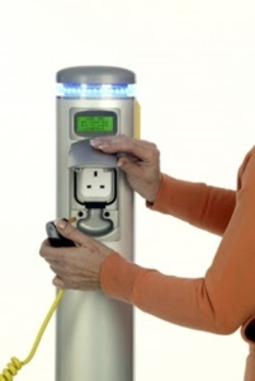 The bill is part of the Charge Ahead California campaign, which is supposed to increase the use of electric vehicles in the state and make them a more financially sound option for people with moderate incomes, the AutoBlog reported. The state currently gives electric vehicle buyers a $2,500 rebate, but Bill 1275 will provide an additional $3,000 rebate to people with moderate incomes. Additionally, low-income residents of California who retire an old vehicle and move toward using shared transportation will receive a $3,000 credit for a public-transit pass or car-sharing membership.

"To clean up our dirty air, we need to make electric cars more accessible for our middle- and low-income families, not just the wealthy," said De León​. "By increasing targeted rebate, loan and carpooling/van sharing programs, California can lead the way for a cleaner and healthier environment."

Electric cars on the market
Numerous auto manufacturers including Ford, Honda, Nissan, Porsche, Toyota and more are getting into the electric vehicle market. If you're interested in an electric vehicle, check out one of these top consumer rated electric cars, according to Kelley Blue Book:

If you're interested in a car that forgoes gas for a renewable energy source, an electric vehicle is a good way to go. Also, buying a new car is the right time to take a deeper look into your auto insurance coverage. Compare your current prices to other options in your area through CoverHound.