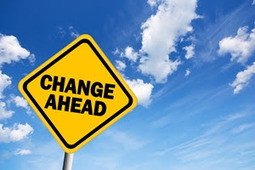 Self-driving cars may not be as far away as previously thought if recent moves by California and Georgia are any indication. By eliminating drivers and equipping cars with cameras, sensors and high-tech communication software, auto companies are looking to get rid of human error. As driver mistakes decline, so will auto insurance rates as cars become cheaper to insure.

California has been at the forefront of the driverless car movement by issuing 29 permits to three automakers to allow the cars to be driven on public roads, according to the Guardian. Previously, self-driving cars were only able to be tested in confined areas. New experiments will see just how well driverless cars react to real-time road conditions on public streets.

Twenty-five of the permits were given to Google, while Volkswagen and Mercedes-Benz each received two, according to Design&Trend. Other manufacturers are looking to get involved with self-driving cars, as the trend appears to be the way of the future.

Once testing is complete on public roads, further approval from state regulators will be necessary before the cars become completely autonomous and operational on the road.

"Autonomous vehicles are the future of transportation," said Jean Shiomoto, Department of Motor Vehicles director, according to Design&Trend. "The potential safety and mobility benefits are enormous. Testing on public roads is one step to developing this technology, and the DMV is excited in facilitating the advancement of autonomous vehicles in California."

Georgia hoping to become leader
While many tech companies and manufacturers are located on the West Coast, Georgia is also looking to get involved with driverless cars, according to WSB-TV in Atlanta. Steve Brown, commission chairman of Fayette County, has expressed the state's openness to becoming a testing ground for Google's self-driving cars.

The county commission has approached the governor about bringing in tech-related industries to the state. The greater Atlanta area has already been approved as a site for driverless testing.

"Fayette County has the least traffic congestion of metro counties, so for a company like Google that wants to log a lot of miles, we'd be the perfect place, because they wouldn't be bogged down in traffic," said Brown, according to WSB-TV.

New way of transportation
Driverless cars are still in their infancy even though testing has been conducted for years now. They are still very expensive to make and the cars aren't optimized for specific conditions that they haven't been programmed to expect. For instance, they have trouble when weather conditions are not perfect, according to Computer World.

Rain and snow can blur the vision of cameras, which can disallow the car from catching every obstacle in its way. Also, the car has trouble detecting moving objects at night.

Despite their deficiencies, driverless cars are progressing faster than many expected. Google, specifically, has pioneered the technology available to manufacturers and has invested billions of dollars in making cars safer.

New technology in the auto industry affects car insurance companies who are given the task of managing the coverage of millions of people. State and federal laws will likely have to be updated to take into account the changing state of the auto industry.