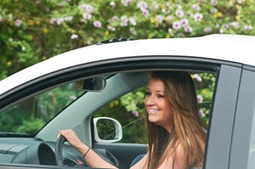 The risks for teen drivers are much higher than other age groups, and road accidents are the leading cause of death for drivers under the age of 20, according to the Centers for Disease Control and Prevention.

Part of the problem is that inexperienced drivers are purchasing cars that are not well-suited to their needs. According to the Insurance Institute for Highway Safety. The IIHS found that many teens are driving vehicles without good crash protection and safety technology, both of which can help save lives on the road.

When it comes to driver safety, there's more to it than just good driving practices. As such, the IIHS has come up with a list of used vehicles that are better options for teen drivers that parents should take note of. In many cases, the top safety pick isn't affordable for all family budgets, but there are still many car options that have better safety ratings and standards than others. Not to mention, safer cars can help save money on auto insurance rates.

"A teenager's first car is more than just a financial decision," said Adrian Lund, IIHS president. "These lists of recommended used vehicles can help consumers factor in safety, in addition to affordability."

Here are the best choices for vehicles starting under $20,000:

Here are the best choices for vehicles starting under $10,000:

What to avoid
Not all parents can purchase the safest vehicles for their teens, but it may be worth it to spend a little more. Many families feel the financial strain of adding more drivers in a household, but cutting corners with safety is not the recommended route.

"Unfortunately, it's very difficult to get a safe vehicle for a teenager at the prices most people are paying," said Anne McCartt, senior vice president for research at IIHS. "Our advice to parents would be to remember the risks teens take and consider paying a little more."

In general, parents should take note of these recommendations when purchasing a vehicle for teens: