Best Hybrids For The Money 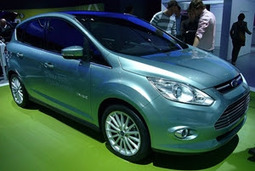 Hybrid vehicles are not only good for Mother Nature, but they are also likely to save an owner money at the gas pump. As a result, consumers are likely wondering which ones have the best value.

Cars.com, an online resource for buying and selling new and used vehicles, recently highlighted the best cost-effective hybrids for 2014.

"Gas prices remain historically high, and one of the most successful ways that drivers have adapted to this is by embracing hybrid technology," said Joe Wiesenfelder, Cars.com's executive editor. "It is important for shoppers to understand the payoff, or lack thereof that hybrids can offer. Not every hybrid model saves money in the long run because high sticker prices can sometimes offset savings at the pump."

Wiesenfelder added that the goal of the list is to help consumers pay the least amount of money for the most mileage.

Here are some of the vehicles featured on the list:

The list included vehicles in a wide array of segments. Wiesenfelder said that as many consumers associate hybrids as compact cars, it's important they recognize that hybrids can come in all shapes and sizes.

Best rides for under $8,000
Consumers on a tight budget still might not be able to afford a hybrid, even if it does reduce the cost of gasoline.

Luckily Kelley Blue Book, a vehicle valuation and information source, released its list of the 10 best used cars under $8,000 for 2014.

"Car shoppers in the market for a used vehicle in 2014 are in luck, because as the quality of new cars continues to improve, so does the pool of used cars," said Jack Nerad, executive editorial director and executive market analyst for KBB.com. "The Honda Civic tops this annual list again with a bulletproof reputation for reliability and long-lasting quality. The fuel-efficient Civic is comfortable on the highway, responsive around town and maintains its solid, refined feel for many years."

Consumers buying a car in 2014 are reminded to factor all costs into their purchase, from gas to car insurance. As a vehicle is likely one of the largest purchases they will make in their lifetime, it's important to adequately plan. Compare insurance rates online to find the lowest possible rate.