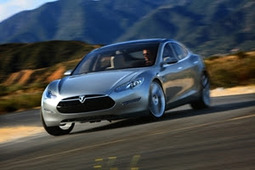 When you think of fuel-efficient cars, you're probably picturing a tiny car that can get great gas mileage but offers few other amenities and look a little plain. But there are plenty of models out there, including luxury ones, that are good for the environment and look sharp. Kelley Blue Book compiled a list of some of the best fuel-efficient models for 2014. With the money you save at the pump, you will be able to purchase your auto insurance coverage or get your car detailed. Here are a few eco-friendly luxury cars for 2014:

2014 Infiniti Q50 Hybrid This Infiniti model can pack a punch thanks to its V6 engine and electric motor that can achieve 360 horsepower. With its heavy duty motor, you may fear that the car will be a gas guzzler, but there's no need to worry, as it can get up to 29 miles per gallon.

2014 Mercedes-Benz E250 BlueTEC Mercedes-Benz prides itself on offering high-class cars that can provide drivers with a bit of luxury. The E250 does just that and can help cut down on how often you have to visit the gas station. Rated nine out of 10 on Kelley Blue Book's consumer rating scale, the BlueTEC comes with a 195 horsepower engine.

2014 Acura ILX Hybrid Sometimes, the simplest cars are the most dependable. This Acura model embodies that statement, as its sporty exterior gives way to a stylish interior that includes heated, adjustable leather seats. The 111 horsepower engine will make the engine purr, but its ability to get up to 39 miles per gallon will help you cut down on the cost of gas.

2014 Cadillac ELR This plug-in hybrid model may need a charge every so often, but it can travel 37 miles on electric power alone before you need to stop and recharge it. Along with stand-out energy-efficient features, the ELR also provides you with ambient interior lighting, heated seats and a digital dashboard.

2014 Tesla Model S One of the first all-electric models to hit the market, Tesla upgraded its franchise car with a few luxury components. The interior comes equipped with a 17-inch touch screen on the dashboard, and the Model S can get up to 94 miles per gallon, ranking it as one of the most fuel-efficient luxury models on this list.