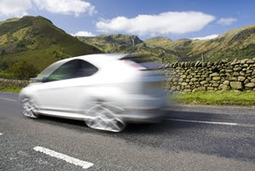 Detroit has the highest car insurance rates in the country, whereas Charlotte, North Carolina, has the lowest, according to the Quadrant Information Services study. The report is based on August 2014 data and looks at the 25 largest metro areas in the U.S. The survey gathered auto insurance rates from these areas, then compared them to the national average, with many regions paying much more than expected.

The average car insurance rate in the Detroit metro area is 165 percent above the national average, which tops the list. The next region was New York-Newark, which pays 36 percent more. The gap between first and second is astounding to many observers, as Detroit was once the car manufacturing capital of the world, but population density and increased crime rates have driven insurance costs up.

The Miami, Los Angeles and Atlanta metro areas rounded out the top five.

On the other hand, Charlotte pays 43 percent less than the national average. The Pittsburgh and Cleveland areas both pay 20 percent or more below average as well.

"There is definitely correlation between population density - and thus traffic density - and insurance rates," said Eli Lehrer, president of The R Street Institute, according to Insurancequotes.com. "When you have more cars on the road, you have a greater likelihood of accidents and insurance claims. That's why you see really crowded cities like Los Angeles and New York near the top of the list, while cities like Charlotte and Cleveland are near the bottom."

How your location affects your car insurance
The Department of Motor Vehicles suggests insurance companies take into consideration your location when determining auto insurance rates, according to their website.

Areas with fewer people tend to have less-crowded roadways and fewer accidents. An insurance company stationed in a small town in Nebraska will charge less than if it was located in Boston, even if it is the same car, in the same conditions with the same driver.

Where you are driving can have a large impact on the probability of car theft and other claims. If there is less parking, you are more likely to have your car towed. It is also likely that you will get into an accident in large city as opposed to a smaller one.

To lower your car insurance rates, the DMV actually suggests moving to a rural location.

CoverHound can provide assistance with any car insurance questions.