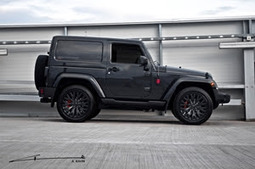 A vehicle is one of the largest purchases someone will make in their lifetime, so it's crucial to have coverage for that investment.

"The 2013 auto insurance increase is in line with a five-year trend of annual average rate increases between 2 percent and 4 percent, and was lower than the 2012 country-wide rate increase of 3.7 percent," read the report.

Tim Perr, CEO of Perr&Knight said that the increase in auto rates was likely a result of rising repair costs as a result of inflation.

The report showed that the states with the largest gain in auto insurance rates were: Michigan (8.6 percent), Georgia (5.2 percent), New York and Delaware (4.3 percent), Nevada (4.1 percent) and Rhode Island (4 percent).

The report noted that no state saw a decrease in auto insurance rates last year. However, costs in North Dakota remained nearly flat in 2013 compared to 2012, while a number of other states saw rates rise just 1 percent.

Cheapest cars to insure
While consumers likely can't do much about inflation forcing auto insurance rates to be higher, they can likely reduce the amount they pay by getting a car that is cheap to insure.

Forbes recently released a list of 10 of the cheapest cars to insure:

When shopping for auto insurance, consumers are encouraged to also use comparison tools to find the right coverage at the lowest possible price.