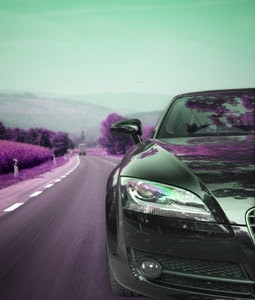 In the past decade, an average of 12.2 percent of work commuters carpooled with someone else. This trend has been evident since the 1990s, when Americans shifted some of their attention to limiting pollution from cars and saving money on their daily driving routines.

While most people are looking to save a few extra dollars each week, other drivers are looking to make a profit. The rise of ride-sharing companies has created a new market in commuting and changed the relationship between driver and passenger.

Companies like Lyft, Uber and Zipcar have become the new standard for carpooling and ride sharing. For a small fee similar to a cab fare, commuters can forego their own vehicles and either rent one hourly or pay a stranger to drive.

This new approach has cut into the profits of cab services, prompting lawmakers to address certain issues regarding the legality of ride sharing, also known as peer-to-peer car sharing.

Lyft and Uber, in particular, have been the focus of taxi and insurance lobbyists, as traditional cabs struggle to compete with cheaper services that are less regulated. One of the main issues at hand is the type of insurance covering these ride-sharing programs.

Confusion with insurance
Currently, personal insurance is used to cover the cars and their occupants. This allows P2P car firms the ability to avoid insuring their drivers fully. A minimum amount of insurance is provided by the companies themselves, but restrictions leave gaps in coverage. For instance, some types of insurance are only applicable if the car is moving or if there is a passenger in the car. The in-between moments are less clear.

Since these for-profit drivers are not professionally trained or licensed by any state government, their backgrounds can be hard to uncover. P2P drivers are simply using their own personal time to drive their personal car, but with other passengers present. This creates a dilemma for insurers and cab companies because ride-sharing firms are not structured in the same way.

California bill making its way to Capitol Hill will address these concerns. The fight is to make P2P companies provide commercial insurance as well as offer strict protections for passengers, pedestrians and drivers alike.

"The real point of this bill is to say that personal insurance policies should not be bearing the cost for this business model," said Sacramento Assemblywoman Susan Bonilla. "It should be the company that pays."

Bonilla is leading the charge, along with multiple insurance companies to force drivers to use commercial insurance instead of personal insurance. Advocates are also asking state governments to increase the amount of coverage as well.

Those who carpool in the traditional sense will not be affected by the bill because auto insurance covers occupants. But because P2P drivers operate on a fare basis, coverage is undefined - something that will be changed in the near future.

If you lend out your vehicle to others or participate in ride sharing, then talk with your insurance company to verify your coverage.

CoverHound can help with all of your auto insurance needs.