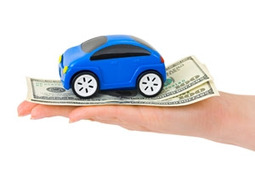 The International Business Times recently reported that vehicle sales are projected to hit 1.4 million units in April, marking a 9.1 percent jump from a year ago. However, the sales are expected to fall nearly 9 percent from a month before.

While vehicle sales remain strong, the source expects that by the end of the year, sales will hit 16.2 million units, slightly down from March's pace of 16.3 million units. While 2013 was a robust year for vehicle sales - total sales hit 15.6 million - the latest projection for 2014 is a welcome sign for the industry as it continues to move forward.

And while there was a month-over-month dip in sales, experts note that it was likely a result of poor weather subsiding during the month.

"The first half of March was experiencing a hangover from the weather, but then things picked up in the last week," said Eric Lyman, vice president of editorial and consulting at TrueCar, a vehicle-buying platform. "This really reflects some of the pent-up demand that we saw from January and February. We haven't seen all of those people that put off their purchases in the first two months of the year. We're likely to see the impact of that slow start of the year continue to trickle in."

TrueCar released a similar report about vehicle sales projections earlier this month. The source believes sales will also hit 1.4 million units, up 7.5 percent from a year ago but down 10 percent from March's robust pace.

The April sales would translate to a seasonally adjusted annual rate of 16.2 million, marking a 9.2 percent jump from last year but down slightly from a month before.

"Automakers were determined to make sure March sales momentum continued in April, putting sales back on track for 2014," said Larry Dominique, president of ALG and executive vice president of TrueCar. "This month, the Asian manufacturers turned up the incentive dial, while the domestic manufacturers remained more restrained."

Even those with poor credit can make a purchase
While a vehicle is likely one of the larger purchases someone will make - not to mention a lot of other expenses go into it like car insurance or buying gasoline - many with a poor credit standing might feel they are unable to afford it.

"Contrary to popular belief, there are a number of reasons why a lender would help somebody with a troubled credit history to buy a new car," said Edmunds.com Consumer Advice Editor Ronald Montoya. "If you do your credit homework, shop within your price range and make all of your payments, you'll not only improve your credit score but you'll also practice positive finance habits that will serve you well for years to come."

Edmunds suggests a few things for those worried about their credit looking to make a purchase. First, a person should get a copy of their credit score and make sure it doesn't contain errors. Next is to get preapproved for a loan, shopping around for the lowest interest rates. And finally, buying a vehicle within their price range would free up cash for other expenses.