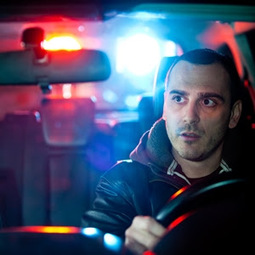 The authorities continue to battle auto insurance fraud throughout the U.S. Last month, five people were arrested in Florida after the Florida Department of Financial Services' Division of Insurance Fraud conducted a year-long undercover operation to find evidence of an auto insurance scam, according to Insurance News.

"Today's arrests are the culmination of more than a year of extensive and often dangerous undercover work that has exposed a crime ring responsible for potentially hundreds of thousands of dollars in fraud," Florida Chief Financial Officer Jeff Atwater said in a statement, Insurance News reported. "I am very proud of our dedicated detectives for their diligent work to hold these criminals accountable."

In a separate incident in New York, seven people were charged with crimes for their alleged involvement with an auto insurance fraud scheme, the Daily Hampshire Gazette reported. Lefen "Helen" Chen of New York and her alleged accomplices were charged with defrauding insurers of hundreds of thousands of dollars over the past six years.

The consequences of auto fraud
Even for people not directly involved in an auto fraud scheme, these illegal actions affect the entire industry. Illegal claims and other scams cause insurance premiums to rise for all customers, Bankrate reported.

Customers' prices in some states are more likely to be influenced by auto insurance schemes than others. California, Florida, Texas, New York and Maryland are the top five states for illegal car insurance claims, Bankrate reported, based on National Insurance Crime Bureau data. It can be difficult to track the exact cost of these scams for innocent customers, but it's estimated fake auto claims add $241 million to premiums in New York City.