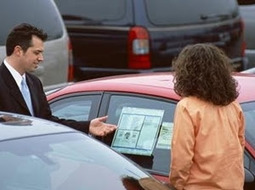 The final numbers for car sales in August haven't been released, but analysts believe most manufacturer's sales held relatively steady. While many car makers were probably hoping to end the summer with a bang, instead they likely ended it with sales numbers similar to the figures at the end of August last year, according to Reuters.

Some estimated numbers aren't as strong as manufacturers would like, Forbes reported. Kelly Blue Book estimates August sales are down from this time last year. However, the forecast for August from Edmunds is that sales will have increased more than 1.5 million vehicles. Technically, this would make August the highest selling month since August 2003 by 0.7 percent.

Individual manufacturers Chrysler is one of the auto manufacturers that saw a gain in sales in August. The car company had a sales increase of 13.5 percent since July, Reuters reported. Chrysler's Jeep brand did particularly well. Nissan saw an increase in sales, which grew 2.4 percent in August.

Most other auto manufacturers including General Motors, Ford, Toyota, Honda, Hyundai and Kia are expected to see a decrease in sales from last month.

Sign of an improving economy
Whether auto sales are slightly up or down, the numbers are positive. They show the economy is continuing to recover from the recession, Reuters reported. Auto sales are an indicator of consumer demand and retail spending. Healthy car buying activity is a sign of healthy consumer spending and a growing economy.

If you're one of the many people who bought a car last month, did you get new auto insurance? If you merely renewed the same policy you had for years, you may be paying more than you need to. You can shop around and view prices in your area at CoverHound.