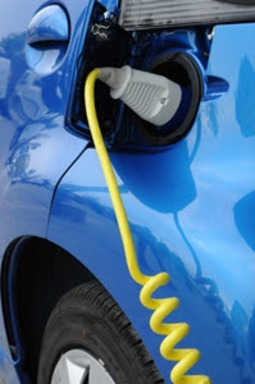 Perhaps you've seen an influx of new electric vehicles coming to the commercial market or models in the luxury market from carmakers like Tesla. While you might not see too many of these on the road in your state, if you travel to certain U.S. cities like Atlanta or Los Angeles, you're sure to notice the charging stations. As these cities continue to grow their fleets of electric vehicles, it's likely the trend will become mainstream across the country over the coming years.

Atlanta Over the past few decades, California has been known as the state where green power has found its footing and been able to grow. However, new incentives and a growing infrastructure of electric car-charging stations in Georgia has expanded the electric car market from the West Coast.

According to a recent report by ChargePoint, an electric vehicle-charging company, sales of electric cars in Atlanta jumped 52 percent by the end of the fourth quarter of 2013 from the previous quarter. By comparison, sales in Washington, D.C., the city with the second highest rate of electric car sales, grew just 21 percent in the same time period.

"The electric vehicle market is no longer just growing in California's metropolitan areas - EV adoption is happening across the nation," said Pasquale Romano, CEO of ChargePoint.

While electric car sales are exploding in the South, the number of cars sold in Los Angeles in 2013 was unmatched, with 5,000 vehicles sold during the fourth quarter of 2013. In total, the city has approximately 30,000 electric cars on the road, MarketWatch reported. Atlanta was not far behind, however, with 3,000 EVs sold during the fourth quarter of 2013.

There are several benefits that drivers are finding with electric cars in Atlanta. These vehicles are typically quieter than traditional cars and are cleaner and more efficient on the road. Drivers save money on fuel and maintenance costs while lowering their carbon footprint.

State incentives The reason so many drivers are flocking to purchase electric vehicles is Georgia's high tax credit. Drivers who purchase a new electric car are eligible for an income tax credit for 20 percent of the cost of the vehicle, up to $5,000. This credit applies only to zero-emission vehicles, which are taking the market by storm. In addition to these savings, electric car owners can typically save on their auto insurance policies. This was a relatively unexpected result for EV owners, but insurance companies consider these drivers a lower risk.

There was a clear winner for which electric cars sold better in Atlanta, with 1,000 Nissan Leafs sold at the end of 2013. In fact, Nissan reported that Atlanta was its No. 1 market in December for the Leaf.

California has been the national leader in electric vehicle sales in part because of the state's recent mandate to sell emission-free cars. The state has had tax credits enacted for low-emission vehicles since 1990 in an effort to combat smog in cities like Los Angeles. Other states are expected to follow suit with the zero-emission mandate, which will further spur the growth of EV sales throughout the next decade.