Are You Driving On Counterfeit Tires? 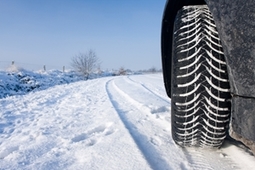 It started as a normal Consumer Reports test, and now the nonprofit organization is warning people counterfeit tires could pose a risk to their safety. The independent product evaluation group recently measured the performance and safety of three sets of Chinese-brand all-season tires. All three types of tires ranked low on Consumer Reports' rating system because of poor tread life and winter road condition performance.

A maker of one of the sets of tires, the Pegasus Advanta SUV tire, came forward disavowing the test results. American Pacific Industries, the U.S. owner of the Pegasus brand, told Consumer Reports their snow traction test scores came out far below API's own results. Wondering why there'd be such a disparity, API asked for the tire information.

Are the claims true?
People don't hear about counterfeit tires every day, but the most important issue right now is consumer safety. Currently, no safety complaints have been made regarding the tire, but Consumer Reports' poor testing results show they may not be good tires for winter driving - which is quickly approaching.

If consumers own Pegasus tires, they should find the tire information number on the sidewall of the tire. According to API, tires with final digits of 12 or higher were not produced by them. This doesn't mean consumers have to run to the store to buy new tires, but it may be a good idea to have a trusted mechanic look them over for any potential issues. If consumers find they have counterfeit tires they can file a complaint with API or the National Intellectual Property Rights Coordination Center.

Review your auto insurance policy
No matter what type of tires consumers have, they should regularly inspect them - especially during the winter. They should look out for cracks, bulges, rips or wearing down of the tread. These issues could all lead to a flat tire or a blowout while driving. Blowouts on the road can lead to accidents as well, and consumers should check with their auto insurer about whether their policy will cover the costs associated with an accident caused by a blowout or flat tire.