Apple Wants To Release An Electric Car By 2020 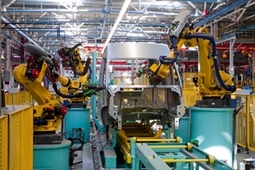 While electric cars are still just entering the major automotive industry, Apple recently announced that it wants to disrupt this manufacturing sector by releasing its very own car, ABC News reported.

Tesla is currently one of the biggest names in the electric car industry, but the groundbreaking company could see some serious competition within the next half-decade. Patrick Moorhead, an analyst for Moor Insights and Strategies, explained to ABC News that Apple was able to sell more than $74 million iPhones in January 2015 alone, which the company reported an estimated $18 billion in earnings. That was officially the biggest quarterly earnings for Apple in its history as well.

Planning partnerships
Moorhead said Apple could be strategically planning some sort of partnership to get the ball rolling for their possible car, ABC News reported.

"Apple is very good at disrupting things at a grand scale, from the music industry to music players and smartphones," Moorhead added. "And here you have a company with more money than anyone else. With that said, they can do anything they want to."

However, the company must focus on creating good partnerships to make any of this happen. According to Bloomberg Business, it typically takes roughly five to seven years to fully develop a new car model, but Apple has set a challenging goal of production by 2020.

On the other hand, Tesla and GM Motors Co. are not waiting around for any competition to take over the electric car industry. According to the source, both auto manufacturers have 2017 target dates for new electric vehicles that can make 200 miles on a single charge. The most challenging part is the companies plan to make the vehicles available for under $40,000 as well.

Self-driving cars
Some speculation is that Apple will try to make a completely self-driving car, which would battle other potential competitors as well, CNET reported. There are approximately 200 employees working with the company to develop a new car, but no word is officially out if it plans to be self-driving.

Assisted driving is likely to become more of a focus in the auto industry since there are already so many technologies inserted in cars to help drivers stay safe on the roads such as automatic parallel parking, rear camera alerting and breaking and front-end vehicle sensors to automatically brake.

Tesla still producing
As far as electric cars, Tesla still wants to be the frontrunner of the new automotive technology. According to ABC News, an estimated 500,000 batteries will be manufactured in Tesla's Nevada Giga factory by the end of 2020.

"It has been said Tesla will have to find other customers because their production capacity will be astonishing [at the factory]," said Richard Wallace, director of transportation systems analysis for the Center for Automotive Research, according to the source.

While Tesla is prepping for massive production numbers, Moorhead said Apple should still not be underestimated.

No matter what vehicle you drive, whether it's electric or gas-fueled, drivers still need auto insurance to get them from point A to point B. Using CoverHound could find drivers the cheapest rate on the Web.