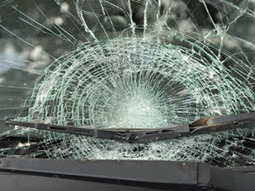 Your car insurance is not only based on your perceived risk, but also on what you do to prevent certain risks. For instance, car thefts are more common in some areas than others - which makes the necessity of anti-theft devices more valuable to customers who are at a higher risk of having their car broken into or stolen.

Certain theft-prevention systems can save you over 20 percent on your monthly car insurance premiums, according to Fox Business. If you have multiple measures in place to lower your risk of theft, then insurance companies will take that into consideration when creating an auto policy for you.

How they work
Some anti-theft devices are as simple as car alarms. While these may thwart would-be thieves, it's a pretty basic feature that the majority of cars are equipped with. Other systems, such as disabling devices, are more effective and can yield greater results when discounting your insurance rates, according to Auto-Owners Insurance.

Some cars can be triggered to shut off or disable certain functions if the vehicle is stolen. In certain cases, fuel intake will stop or the ignition will lock up. This will render your car essentially useless to a thief.

Having your Vehicle Identification Number (VIN) etched into your windshield is also an effective deterrent. A VIN is linked to your insurance and thieves would be less likely to steal, or try to resell your car because it can easily be tracked by authorities.

How they lower rates
By installing multiple forms of anti-theft devices, insurers will realize your risk for theft is diminished, thus making more expensive coverage unnecessary. A GPS device, specifically, can lower your rates by 25 percent, according to Fox Business.

While there isn't a standard discount rate that every insurer uses, there are typically discounts available from the majority of insurance companies - anywhere from 5 to 30 percent, according to the Department of Motor Vehicles. Some states even require that insurers offer discounts to drivers.

Two identical cars driven by people with identical driving histories may still have differing rates because one is equipped with theft-prevention features and the other isn't. Installations with emergency tracking, like OnStar, have greater discounts because recouping your car is much easier with GPS technology. Also, some cars come with scanning software that allows only the owner of a vehicle to open the car.