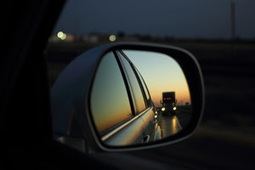 Car sales are up in America, and the biggest increases are coming from SUVs, trucks and crossover vehicles, according to The Wall Street Journal. For many years, trucks and SUVs formed the backbone of the U.S. auto market, but that dominance diminished in recent years amid rising oil prices. Now, SUVs are returning to America's driveways with a slew of technological advancements that increase their efficiency.

The return of the SUV
While lower gas prices are one cause of the spike in SUV and truck sales, increased gas mileage across the category is providing another incentive to consumers. While hybrids get considerable hype for their gas-saving abilities, traditionally powered cars are seeing serious efficiency improvements. Fuel economy has become a major focus for automakers in the wake of new governmental legislation that requires carmakers to improve efficiency numbers.

Goals for efficiency
Environmental concern has driven many countries to institute regulations on vehicle mileage. For the U.S., this means that by 2025, manufacturers must make their fleets of vehicles average 54.5 miles per gallon, The Washington Post reported. Similar laws in the European Union, a home base for many carmakers, require brands to average over 60 miles per gallon across their fleets, according to a separate report from the Post. These regulations mean that carmakers are desperate to improve their vehicles' efficiency, and consumers are reaping the benefits.

Weight as a solution
If you need a poster child for the low-weight revolution, look no further than the new Ford F-150. The F-150 has been the best-selling truck in America for 37 straight years, and its manufacturer hopes to maintain that streak with a new redesign that makes extensive use of aluminum alloys instead of steel, NPR reported. The material change knocks 700 pounds off the vehicle's weight and should result in significant fuel-economy gains. The newest F-150 will be available shortly, but some automakers have already seen sales benefits from vehicles with low-weight construction.

The new Nissan Rogue SUV features a plastic tailgate, according to Plastics News. The tailgate on most vehicles is metal, and changing this material had a big impact on efficiency. Simply switching to the plastic tailgate improved the vehicle's fuel efficiency by 10 percent. The strategy seems to be working, as the new version of the Rogue saw 14 percent sales growth in October.

The lightweight vehicle benefits to consumers are clear, and mileage numbers are becoming an area of fierce competition for car manufacturers. The type of consumers who compare auto insurance quotes are undoubtedly keen to find the best vehicles for fuel efficiency.