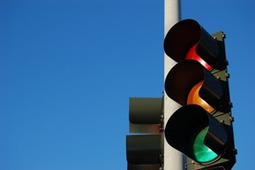 If you are hoping for maximum fuel efficiency in your next vehicle, try looking for models with stop-start capabilities. Luckily, this technology is no longer limited to high-end or expensive vehicles, as more models offer this optional fuel-saving capability every year. Specifically beneficial in urban environments, vehicles that automatically shut off when the brake is engaged can provide a lot of much-needed gas preservation as fuel prices continue to climb. AAA conducted a series of tests to figure out just how much owners can save if they switch to a stop-start vehicle in their next car purchase.

Urban course testing
AAA tested three different models with this technology on the Environmental Protection Agency's "urban" driving cycle, which combines highway and city driving on a 11.04 mile course. The average speed of such a course is 21.2 miles per hour. The models were the 2013 Ford Fusion, 2014 Mercedes Benz CLS550 and a 2013 Chevy Malibu. According to the Kelley Blue Book, the current market price for a base model of the Fusion is $22,495, the fair purchase price for the CLS550 is $65,978, and the Malibu starts at around $23,000.

The technology allows these vehicles to shut off completely when they are at a complete stop, whether in traffic or at a stoplight. At the release of the brake or clutch, the engine automatically turns on and the driver is able to move forward again. The regular interior functions of the car operate with a battery while the engine is momentarily shut off. Of course, this feature is most beneficial to commuters who are spending a lot of time in a congested city with frequent stop lights.

Potential for big fuel savings
The test was positive for owners or prospective owners of vehicles with this technology, at least as far as their wallet is concerned. The stop-start vehicles, when compared to regular vehicles, had an improved fuel economy of about 7 percent, which would ultimately save drivers up to $179 in fuel costs each year. This calculated potential saving is based on a vehicle that covers 15,000 miles per year at a fuel efficiency of 20 miles per gallon, with fuel prices set at $3.65 per gallon.

Less environmental impact
With additional costs of owning a vehicle, such as auto insurance or maintenance, saving a few dollars here and there on fuel can really help out in the long run. This technology is just one way that drivers can save some money and cut down on fuel use with the plus of helping the environment by reducing the amount of carbon emissions from the vehicle. Environmentally friendly hacks for an already existing car include checking the air pressure in tires to make sure it is appropriate for the time of year, reducing the load in your vehicle, and trying to drive less aggressively with varied speeds or sharp stops.