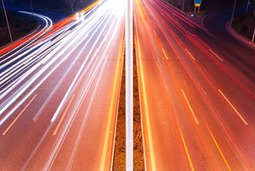 Staying on top of the latest trends can be a tough job, especially when technology seems to be advancing at lightning speed. When it comes to automobiles, the times are changing. As 2013 wraps up, CoverHound is here to take a look at car trends that made an impact over the last year.

Autonomous cars
While it may seem like a futuristic idea, autonomous cars are already here, helping drivers park their vehicles and stay in their lane. In 2013, more than a half dozen major automakers announced their plans to incorporate autonomous driving technology into their upcoming vehicles. While the idea has been around for a while, this year was the time for this trend to catch on. Some vehicles are already using speed control and lane assist, giving drivers a hands-free experience.

Getting connected
With smartphones becoming more abundant, carmakers are making a sincere effort to cut down on cell phone use while driving. Distracted driving accounts for a good percentage of all accidents with serious injuries and fatalities. One way to reduce cell phone use is by going wireless in the car. Since drivers want to stay connected at all times, it is now almost standard for new cars to come equipped with Bluetooth capabilities and even 4G. As phones and tablets continue to get better, cars may soon be the next mobile device.

Over-the-air updates
Modern software usually has updates every few months to a year. Think about smartphone applications that have available updates almost constantly. Unfortunately, not everyone buys a new car every few months, let alone once a year, leaving cars behind in terms of new technology. Since consumers like to have the latest updates, however, carmakers have begun introducing over-the-air software updates that have changed the auto industry. Most notably was Tesla's over-the-air update that automatically raised the suspension on high-speed highways. The fact that Tesla was able to make this change without needing to service each vehicle is a game changer.

Big data
After Americans have been hit with news stories about phone tracking from the National Security Agency, it may seem logical that big data would become unpopular. However, this is not the case when it comes to car owners. According to a study by Cisco, 74 percent of drivers would be willing to share personal information including their driving habits in order to save on auto insurance and maintenance costs. Personalization was a clear trend in 2013.