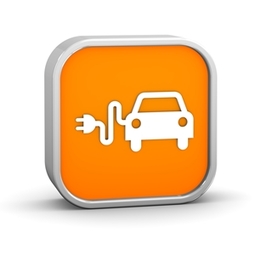 Choosing your next vehicle is a complicated decision-making process, which becomes even more complex when you throw electric cars into the mix. Letting go of your traditional gas-reliant vehicle can be tough, especially when electric cars feel like the great unknown to many consumers. It may seem like a leap of faith to invest in an electric vehicle, but there are many reasons to do so:

1. Prices have gone down. Over the past few years, the cost of electric vehicles has decreased, making these products a smart choice for your wallet, Hybrid Cars reported.

2. They're simple to use and charge. Most electric cars just have to be plugged in overnight and are ready for you the next day.

3. Public charging areas are becoming more popular. Luckily, the infrastructure of electric parking spaces is already in place, and more charging stations are popping up around the country, stated Carlos Ghosn, CEO of Renault-Nissan Alliance.

4. You don't have to go back to the gas station. No one really likes the chore of getting gas, particularly when you're running late for a meeting or it's only 10 degrees Fahrenheit outside. By buying an electric vehicle, you can charge it at home and skip the gas station.

6. You contribute less to pollution. Electric vehicles have no carbon dioxide, carbon monoxide or other environmentally harmful emissions.

7. They're healthier for you. Emissions not only hurt the environment, they hurt people. By contributing to pollution less, you're improving the air quality for everyone.

9. You may be eligible for a tax credit. The federal government has some tax credit options, as well as state and local governments, to reduce the cost of your new car.

10. You can save money on your auto insurance. Many companies consider people who own electric vehicles to be less of a risk, meaning your premiums aren't as high as those for drivers of traditional cars.

11. Electric cars are fun. Sometimes you have to stop with the pro and con list, and go with your gut. Electric vehicles are cheap and easy to use, and they're also fun to drive around.