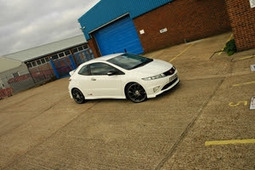 Kelley Blue Book, a vehicle valuation and information source, recently released its list of the 10 best used cars under $8,000 for 2014. Editors at KBB compiled a list of vehicle models from 2004 or newer which retail for less than $8,000.

"Car shoppers in the market for a used vehicle in 2014 are in luck, because as the quality of new cars continues to improve, so does the pool of used cars," said Jack Nerad, executive editorial director and executive market analyst for KBB.com. "The Honda Civic tops this annual list again with a bulletproof reputation for reliability and long-lasting quality. The fuel-efficient Civic is comfortable on the highway, responsive around town and maintains its solid, refined feel for many years."

Cheapest car to insure
A separate article from Forbes highlighted which vehicles are the cheapest to insure. As car insurance is a costly part of owning a vehicle, shoppers will want to be conscious of this expense.

According to the article, which used data from Insure.com, the Jeep Wrangler is the most inexpensive car to insure, primarily because its parts are easy and inexpensive to replace."The Wrangler is helped by the fact that it's not expensive to repair - if you get a dent in your door, you take the door off and get another one," said Amy Danise, Insure.com's editorial director. "And while Jeeps certainly are marketed for 'adventurous' off-road driving, their appearance on our 'least expensive to insure' rankings demonstrate that they're really not used to drive up and down craggy rocks."

Other vehicles on the list of cheapest cars to insure include the Honda Odyssey LX, Honda CR-V LX and Subaru Outback 2.5i.

States with the cheapest insurance
The Forbes article also highlighted where insurance was the cheapest. According to the data, someone driving a Wrangler in Ohio has it made when it comes to insurance costs, as auto insurance rates are only $926 in the state annually, and the lowest in the country.