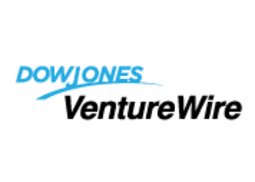 The deal is an unusual one given the trend toward angel syndicates, especially in early-stage consumer Internet deals.

"They (Blumberg) ultimately wanted to do the whole round and it made sense. It's nice to have someone with enough skin in the game to care," said CoverHound founder and Chief Executive Basil Enan. "It's better than getting 10 to 15 investors who give you a check and say, ‘Call me when you're the next Facebook.'"

Pre-money valuation was between $2.5 million and $3.5 million, Enan said.

CoverHound, which operates like a Kayak.com for car insurance shopping, allows consumers to compare insurance policies and carriers. Enan founded the company in May 2010 and graduated with the winter class of AngelPad, the San Francisco accelerator created by a team of former Google employees.

Blumberg Capital Managing Partner David Blumberg said the deal came together quickly, with his firm completing due diligence in about three weeks.

"With five phone calls we could see their revenue proposition was solid," said Blumberg. "It was unusual for a seed-stage company. It had real revenues and real deals."

The seed funding will provide a runway for about 12 months and enable the three person team to expand to eight, Enan said.