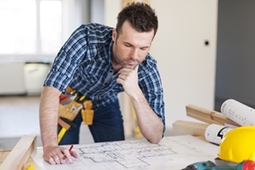 After the Obama administration's decision to reduce the mortgage insurance rate on Federal Housing Administration loans, many new homebuyers flooded the market in search of affordable homes. With cheaper premiums, a greater number of people were able to access the homeownership market for the first time. Plus, the housing market as a whole has improved considerably in the past few months, according to The Wall Street Journal.

Real estate was one of the hardest hit industries during the recession, and millions of homeowners were locked out of the market or were forced to foreclose on their homes after home values dropped. Though slow to recover compared to other sectors, housing is now performing more steadily, even though the number of new homes being sold is still much lower than its 2006 peak.

In addition, Redfin data indicated millennials may be more open to homeownership than they have been in the past, according to CNBC. With a strengthening economy and lower unemployment rate, younger buyers have taken a second look at the housing market. Of the buyers attending Redfin home tours, 57 percent are first-time homebuyers.

Some homeowners turning to remodeling
Though the housing market is still underperforming on many metrics, a report from the Joint Center for Housing Studies of Harvard University noted homeowners are choosing to fix up their current homes, according to CNBC.

Their intent may be to cash in on higher housing demand, potentially raise their own listing prices and sell their homes. By renovating a few parts of the home, like the kitchen and bathroom, homeowners can increase their home values and profit more from the current economic environment.

Another benefit of remodeling is that insurance companies offer energy efficiency discounts for homes that have updated features and green materials.

For homeowners interested in reaping the rewards of home renovations, here are a few popular options:

Outside work
The key to remodeling a home is not to just fix old problems, but also to actually increase the value of the home. In the process, a home's equity may increase and improve the likelihood of selling to potential buyers.

Basements
Long thought of as just additional storage space, many homeowners are choosing to fully furnish their basements to create a brand-new living space. This will not only increase the amount of useful square footage, but it also adds a new dimension to a home.

By refinishing walls, laying down carpet and improving the lighting in the basement, the space becomes more accessible and can be a key factor in buyers' decision making.

Bathrooms
Because plumbing systems need regular maintenance and many homeowners aren't equipped to handle small leaks, bathrooms can become subject to mold and degradation. Fixtures tend to break more commonly than those in other rooms, and cramped bathrooms can seem uninviting.

That's why it's necessary to replace sinks and outdated toilets. Further, new showerheads and lighting can go a long way to changing the overall atmosphere of the space. The key is to make the room more appealing and functional.

With remodeling comes the possibility of home insurance discounts. Safety, security and energy efficiency discounts are available from most providers.

CoverHound can help homeowners cash in on the best insurance rates.