Will Your Dog Raise Your Insurance Premiums? 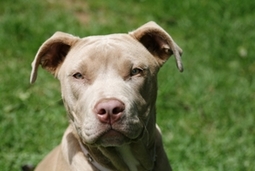 Even if the most aggressive tendency of your furry friend is the way it covers you in kisses, your dog could lead to higher renters or homeowners insurance premiums. In fact, just the breed of your pooch might mean a drop in coverage, even if it has no history of biting or aggression. The truth is, certain breeds have an increased tendency of injuring humans than others, and insurance companies don't want to risk a potential lawsuit for someone getting bitten in your home.

The facts of dog-bite injuries
According to the U.S. Department of Health and Human Services, hospitalization due to dog bites increased 86 percent between 1993 and 2008. Perhaps even more alarming, 81 percent of molosser dog breed attacks (which include pit bulls, rottweilers and mastiffs, among others) involved children, according to a report by Animals 24-7 editor Merritt Clifton. The threat to well-being is only one part of this serious issue. Financial burdens are also evident, with the average cost of treatment at an astounding $18,200.

Insurance companies know the statistics, and they don't want to make a huge financial mistake. Whether or not this is fair has been a hot debate, especially with the recent introduction of House Bill 5361 in Connecticut. According to the state's General Assembly website, the purpose of the bill is to limit insurance companies' abilities to use dog breeds as an underwriting factor in policies for homeowners and tenants. Essentially, if this bill passes, insurance companies won't be able to boost premiums or deny coverage to individuals based on a dog's breed. However, as it stands, insurance companies can still use this to determine coverage.

Dog breeds perceived as risky
According to Forbes, experts say there are four dog breeds insurance companies most commonly cite as reasons to deny homeowners and renters insurance coverage. Those breeds are pit bulls, doberman pinschers, rottweilers and German shepherds. Other breeds commonly perceived as risky include chows, great danes, presa canarios and akitas. Insurance companies determine which breeds to include in decision-making by an evaluation of different risk factors, including records of a breed's history of bites.

How to handle dog breeds and insurance policies
Many people consider their dogs to be part of the family, so giving the dog away is not likely the first option. If you already have a breed of dog that's commonly perceived as risky, you just have to do a bit more searching for an affordable insurance policy.

However, it's also important that you make sure you never have to file a claim with your insurance company over a dog attack. Though you can never be sure of how an animal will react, obedience training and holding an ongoing conversation with your veterinarian will benefit household safety. Also, if you're interested in rescuing a dog, try to find out if it has a history of aggression. Call your insurance company before purchasing a dog to see if its breed complies with the policy.

Most importantly, Dori Einhorn, owner of Einhorn Insurance Agency, advises to never lie about owning a certain type of dog, according to Forbes. It's important to keep an open line of communication with them.

"If something does happen with your dog in your home and you didn't disclose this information, the insurance company may deny your claim," said Einhorn. "That could cost you thousands and it's better to be safe than sorry."

Essentially, homeowners could be responsible for that $18,200 average all on their own if they don't provide the insurance company with adequate information. Your insurance company should always be available to answer questions.