Will Home Insurance Cover Your Drone? 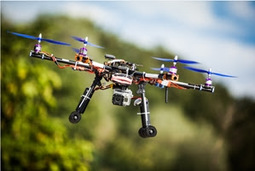 As people age, they don't discard their love of toys, they just upgrade them. From sports cars to the newest gadgets, people love playing around. The latest fancy toy to hit the market that everyone is trying out is the drone. While the government and various companies use drones for military and commercial purposes, many everyday Americans are beginning to discover the joys of buying and flying their own personal drone.

These tiny, unmanned devices are quickly becoming a major hobby across the country and various industries are shifting their policies and positions to address the new concerns and risks drones create. For instance, the Federal Aviation Administration is trying different approaches to drafting regulations for the everyday use of these machines. However, as Boston.com noted, a federal judge dismissed a monetary punishment the FAA imposed on a business using a drone.

Meanwhile, many citizens are wondering aloud about how their privacy will be affected by the use of drones, especially ones with high-definition video cameras. Along with privacy worries, another growing concern revolves around whether homeowners insurance also covers the use of drones. As more people discover the joys of this flying toy, it will add more congestion to the skies as well as raise the potential for a crash, including a possible injury.

Drones and homeowners insurance
In the case of an injury occurring at someone's home or while flying a drone over somebody else's property, many want to know if their homeowners insurance will come into play. Attorneys Tom Schrimpf and Russ Klingman, writing in Claims Journal, believe that there's probably a good chance it will.

"The standard homeowners' policy provides coverage for damages the insured becomes legally obligated to pay because of bodily injury or property damage arising from an occurrence to which the policy applies," wrote the attorneys. "Absent extenuating circumstances, there is no doubt this broad grant of coverage initially extends insurance for liability arising from recreational (drone) operations. However, this broad coverage may, of course, be limited by policy exclusions."

While homeowners will have different policies through different providers, there is a mix of confusion, insufficient guidance and lack of data from which to build a framework of rates and deductibles. Nonetheless, a number of carriers are aware of the issues and they're working to draft policies that reflect the growing number of people using drones, Risk and Insurance reported.

Privacy concerns as drone usage spreads
Not only are there worries about the potential for injuries associated with drone crashes and accidents, people are perhaps more concerned with an invasion of privacy due to the use of cameras on drones.

Some states are already taking precautions against unannounced drone usage. Florida recently passed the Freedom from Unwarranted Surveillance Act, which prohibits someone from using a drone to record or photograph a person on private property without written consent, Insurance Business America reported. This includes limiting businesses that use drones for commercial purposes to collect data or obtain information such as a person's identity or habits.

If you're thinking of buying a drone, be sure to check with your homeowners policy to ensure you're protected. CoverHound provides affordable homeowners insurance quotes from its convenient website.