Why Is Home Insurance Less Expensive Than Car Insurance? 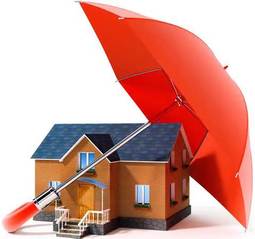 At first glance it’s counter-intuitive, how could the American home, which on average is worth around $160,000, be cheaper to insure than a vehicle whose worth is around 10% that amount. Furthermore, for many American homeowners, the equity in their house represents a large fraction of their savings.

It mostly comes down to the difference between transience and sedentariness. This is a fancy way of saying that while you drive your car around all the time, your house doesn’t go anywhere. It just sits in that space day in and day out. In other words, you’re much more likely to get hit by a bad driver on the highway than you are in your living room. So while your 43-inch flat screen might be much more valuable than your car stereo, it doesn’t hurdle down the highway at 65 miles-per-hour every day during rush hour. It just sits there on the television stand all day attracting little more than dust.

And while your home is certainly susceptible to natural disasters and vandals, your car is as well -- so there won’t be much differentiation there. In fact, since your car travels outside the proscribed area of your home, it will have more chances to come across the desks -- so to speak -- of vandals and thieves, who will encounter it on their own turf.

But perhaps the biggest difference centers on the issue of liability. People do occasionally slip and fall inside of homes, but those instances are relatively rare. Car accidents, on the other hand, have a much great propensity to result in major injury, and happen with much more frequency.

Because of the enormous investment, people tend to take very good care of the homes they own, while cars can suffer from negligence because of their relatively low sticker price.