Where Are The Best Apartment Rental Prices In America 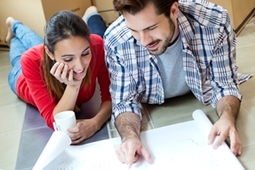 Knowing where your city ranks in terms of rent and living costs can be helpful. Whether it's high or low on the list may not be enough to influence you to move - but on the other hand, maybe it is. If you're mildly interested in moving or looking for an adventure, check out the cities with the cheapest rent and overall good living conditions.

The worst of the best
Analyzing real estate firm CBRE's data, The Richest found the 10 cheapest - and big - U.S. cities for rental prices. Of the top 10, Cleveland brings up the rear with average rent per unit of $793. The rock and roll capital of the world provides plenty of chances to tailgate and allows for easy commutes as well.

Next, St. Louis and Kansas City, Missouri, with average rent of $779 and $778, respectively. Both places offer decent barbecue, but you'll have to be OK with plenty of snow in the winter.

Midrange cities
If you aren't interested in snow, you can move to Fort Worth, Texas, which has an average rent of $777 or No. five on the list, Phoenix at $774.

Cincinnati falls between Fort Worth and Phoenix in terms of affordability, but also offers a wholesome American vibe and a historic downtown. A third Ohio city made it to the list coming in at No. four: Columbus with average rent of $776. Columbus is the largest city in Ohio and has made numerous top-cities and places-to-move lists in the past couple of years.

The best rent in America
Finally, the top three contenders for cheapest rent prices are Memphis, Tennessee ($746), Las Vegas ($737) and Indianapolis ($726), according to The Richest.

Memphis also made Rent.com's top affordable cities list this November. The rental listing site found the median rent in Memphis is $734, and there's a 14.9 percent rental vacancy rate, which means you'll have a decent shot at finding a place to live if you want to move. Las Vegas also made the list, though it had a higher median rent than Memphis.

Rent.com determined Dayton, Ohio, was the best city for renters with a $565 median rent rate and vacancies at 16.5 percent. Cleveland and Akron also made this list - so if you're truly interested in moving to improve your finances, both lists indicate you should check out Ohio.

Don't pick up and move just yet. Before you focus on one particularly city, look into renters insurance prices and car ownership costs, which include gas, auto insurance and maintenance.