What To Know This Tornado Season 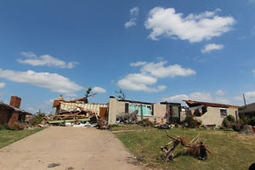 As Americans gear up for another summer, many are also preparing for a stormy season. After a deadly start to the tornado season in April and May, homeowners need to be aware of the potential dangers that could form. CoverHound is here to tell you what you need to know about tornado season and how to protect your home.

Preparing your home for a tornado
While the most active tornado months of April and May are behind us, these storms can still pop up throughout the summer, which is why it's important homeowners know how to prepare for them. In some cases, you might not have more than a few minutes' warning to take shelter from an approaching tornado, but you can be ready for that time long before. Here's what you should do to be prepared:

Where tornadoes hit
There are some areas of the U.S. - collectively referred to as Tornado Alley - where tornadoes are more likely to hit. Already, 2014 has been one of the deadliest tornado seasons. RealtyTrac compiled a list of seven cities that are not foreign to tornadoes and that are considered to be at high risk this year.

What's the difference between a tornado watch and warning?
There are many weather patterns that could indicate the potential for a tornado. Meteorologists will determine if these conditions prompt a warning to residents. A tornado watch will be issued if there is a possibility that a tornado could form in or near your area. After a watch, you may have some time to prepare in case a warning is issued. A tornado warning is more serious and requires your immediate action, as it means a tornado has been confirmed.

When a storm approaches
Typically, you can know ahead of time if a tornado is likely to strike down near your home. When tornado conditions appear to be developing, watch the local news or listen to the radio for a tornado warning or watch. It's important to stay informed so you know when to act to keep yourself and family members safe. Your community may also have its own system of alerting residents to a tornado, such as with sirens.