What Is The Typical Out-of-pocket Expense If You Get Into A Car Accident Without Auto Insurance? 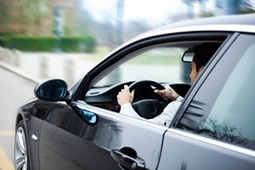 With rising rents, stagnant wages and surging costs-of-living expenses, some cash-strapped motorists might be tempted to forego paying their auto insurance premiums in an effort save money. While this might net you a few dollars extra each month, the potential costs associated with getting into an accident while you're not carrying insurance can be devastating.

There are several types of penalties associated getting into an accident if you're driving without insurance, including having your driver's license or vehicle registration suspended, receiving a traffic ticket for no insurance and hefty legal fines to pay. In addition to these, you could also be responsible for paying for any and all damages to any other person's vehicle involved in the accident. Furthermore, different states have a variety of local statutes on the books that can impose even more penalties on motorists driving without insurance.

"An estimated 12.6 percent of motorists do not carry auto insurance."

Even though every state has some sort of insurance minimum for motorists, except for New Hampshire, many drivers still refrain from carrying any auto insurance coverage. In 2012, the most recent year statistics are available, the Insurance Information Institute estimated 12.6 percent of all motorists did not carry automotive insurance. Oklahoma hosts the largest contingent of uninsured drivers, with 25.9 percent of all drivers on the road driving without it, while Massachusetts had the lowest number, with only 3.9 percent.

Costs of uninsured accidents
No one looks forward to getting into an automobile accident, however having car insurance in place when it happens can make the claims process easier and much less expensive in the long run. In fact, if you cause an accident without having auto insurance, not only will you be 100 percent responsible for the costs of any damage you caused to the other person's car, you stand a chance of also being sued for additional expenses, such as medical claims or loss of work.

The out-of-pocket expenses for accidents can be quite high too. According to the National Safety Council, in 2012, the average economic costs per death, injury or crash was estimated to be $1,410,000, $78,900 and $8,900, respectively. This means even a simple car crash can cost an uninsured motorist almost $10,000. That's roughly the same price as a brand new car.

Rising costs
According to the Insurance Research Council, even though injuries reported as a result of an auto accident are becoming less severe, the medical costs associated with these claims are rising faster than inflation. As these prices continue to rise, uninsured motorists will need to pay even more money if they cause an accident that leads to injuries.

It might seem like a good idea to save a few bucks from month to month, but as the average price of medical care continues to outpace inflation, and as the cost of property and personal losses can reach thousands and thousands of dollars, motorists should visit CoverHound to compare inexpensive auto insurance policies.